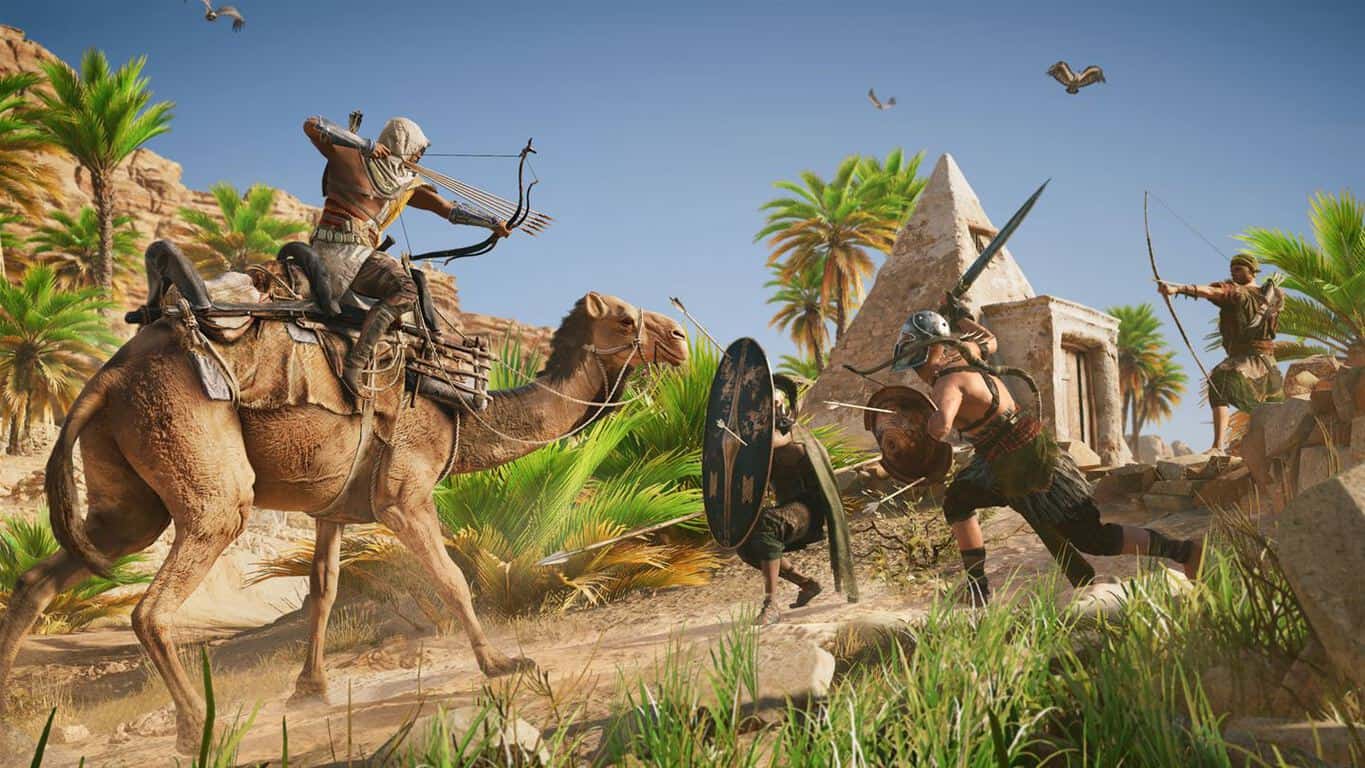 The Xbox team just kicked off a pretty big Xbox sale today. In addition to the weekly Deals with Gold for Xbox Live Gold members, everyone should check out this week’s Spotlight Sale, Ubisoft Publisher Sale and Anime Month sale, which are all open to everyone.

For once, this week’s Deals with Gold aren’t that exciting this time around. On the Xbox One, you can save up to 60% off The Surge, Knight Squad, the Forza Motorsport 7 VIP Pass or the Forza Horizon 3 Porsche Car Pack. Xbox 360 deals are a much more interesting with games such as Dragon Ball Xenoverse, Remember Me or Scourge: Outbreak.

But let’s get to the most interesting deals: the Ubisoft Publisher Sale offers cool discounts on Assassin’s Creed Origins (33% off,) For Honor (70% off,) South Park: The Fractured but Whole (50% off) or Tom Clancy’s Rainbow Six Siege (50% off.) Looking at the Anime Month Sale, highlights include Dragon Ball Xenoverse 2 (60% off) and the critically-acclaimed action-adventure game Okami HD (30% off.)

Last but not least, The Sims 4, which was released back in November on the Xbox One is 40% during this week’s Spotlight Sale. We invite you to check the full list of deals on Major Nelson’s blog, but as usual, we’ve added more details about our favorite deals below:

Ancient Egypt, a land of majesty and intrigue, is disappearing in a ruthless fight for power. Unveil dark secrets and forgotten myths as you go back to the one founding moment: The Origins of the Assassin’s Brotherhood. Sail down the Nile, uncover the mysteries of the pyramids, or fight your way against dangerous ancient factions and wild beasts as you explore this gigantic and unpredictable land.

Experience the critically acclaimed masterpiece with its renowned Sumi-e ink art style in breathtaking high resolution. Take on the role of Amaterasu, the Japanese sun goddess who inhabits the form of a legendary white wolf, on a quest to defeat Orochi, an eight-headed demon and tyrannical monster responsible for turning the world of Nippon into a ruined wasteland.

Enjoy the power to create and control people in a virtual world where there are no rules. Express your creativity as you customize your Sims’ distinct appearances and unique personalities. Choose their fashions, select their hairstyles, and give them life aspirations. Effortlessly build your Sims the perfect homes with the all-new room-based Build Mode, choosing your favorite designs and décor. Develop your Sims’ relationships, pursue new careers, and shape the rich and entertaining moments of their lives.

The latest Dragon Ball game lets players customize and develop their own warrior from 5 races, including male or female, and more than 450 items to be used in online and offline adventures. Create the perfect avatar, learn new skills and train under the tutelage of your favorite Dragon Ball characters. Help Trunks fight new enemies and restore the original story of the series. Join 200+ players around the world in the Toki Toki City hub and fight with or against them, and compete in online tournaments!

In Far Cry 4, players find themselves in Kyrat, a breathtaking, perilous and wild region of the Himalayas struggling under the regime of a despotic self-appointed king. Using a vast array of weapons, vehicles, and animals, players will write their own story across an exotic open-world landscape.

The Glade of Dreams is in trouble once again! During a 100-year nap, the nightmares multiplied and spread, creating new monsters even more terrifying than before! These creatures are the stuff of legend… Dragons, giant toads, sea monsters, and even evil luchadores. With the help of Murfy, Rayman and Globox awake and must now help fight these nightmares and save the Teensies!

All discounts will valid through Monday, February 12, let us know if you found some interesting games to pick up in the list.