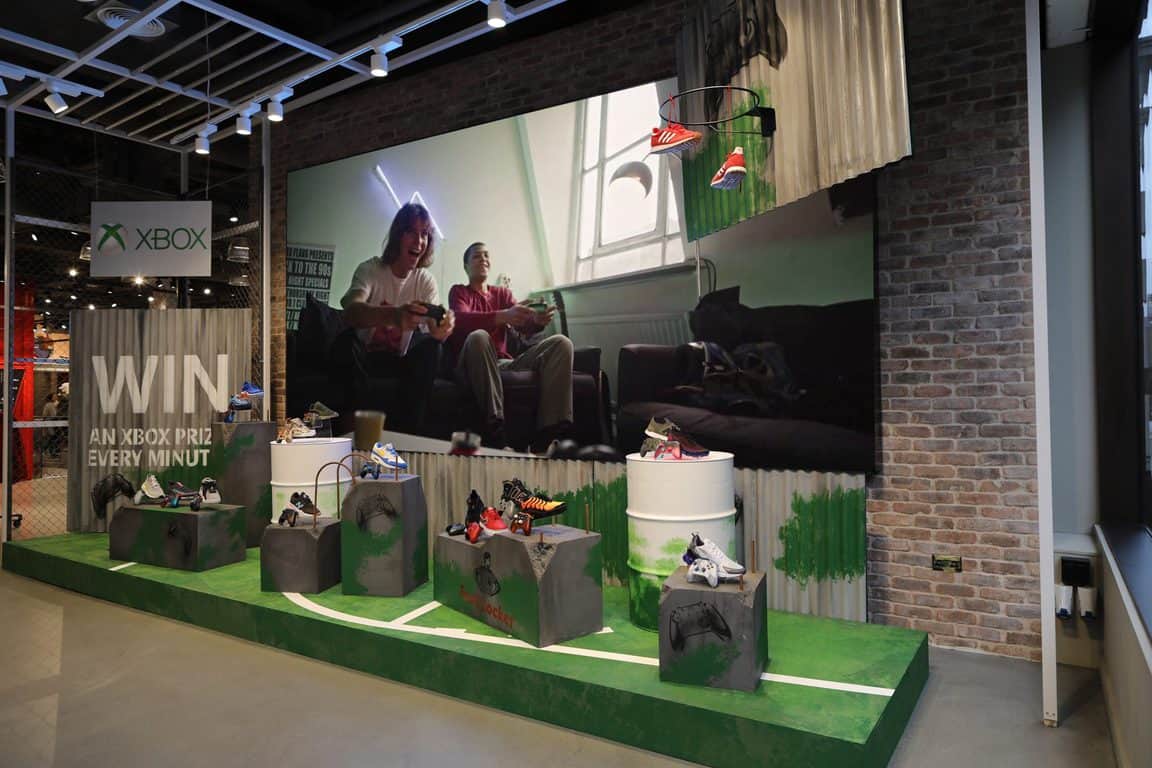 Over the next three weeks, Foot Locker is giving away thousands of Xbox prizes every minute in its retail stores across Europe. Lucky shoppers can take home the Foot Locker Xbox One S, valued at £249.99, Xbox Design Lab controllers, Xbox Game Pass 12-month subscriptions, and much more! To be eligible to win an Xbox prize, Foot Locker shoppers must spend £50 or more in thirty-six Foot Locker locations in England, Scotland, and Wales.

Qualified shoppers will be given scratchcards at checkout that will offer a chance to win any one of the Xbox prizes being offered. The Xbox giveaway starts now and runs until November 11, 2018. This year's Foot Locker Xbox giveaway is similar to last year's October 2017 event where Foot Locker shoppers played Forza Motorsport 7 for a chance to win an Xbox One X and footwear.

It's surprising that Foot Locker is not including copies of Forza Horizon 4, given the Xbox One game title takes place in locations across the UK. If you want to enter the Xbox One S giveaway, visit your local Foot Locker. Sorry, offer is only valid for residents of the UK, Germany, and France.