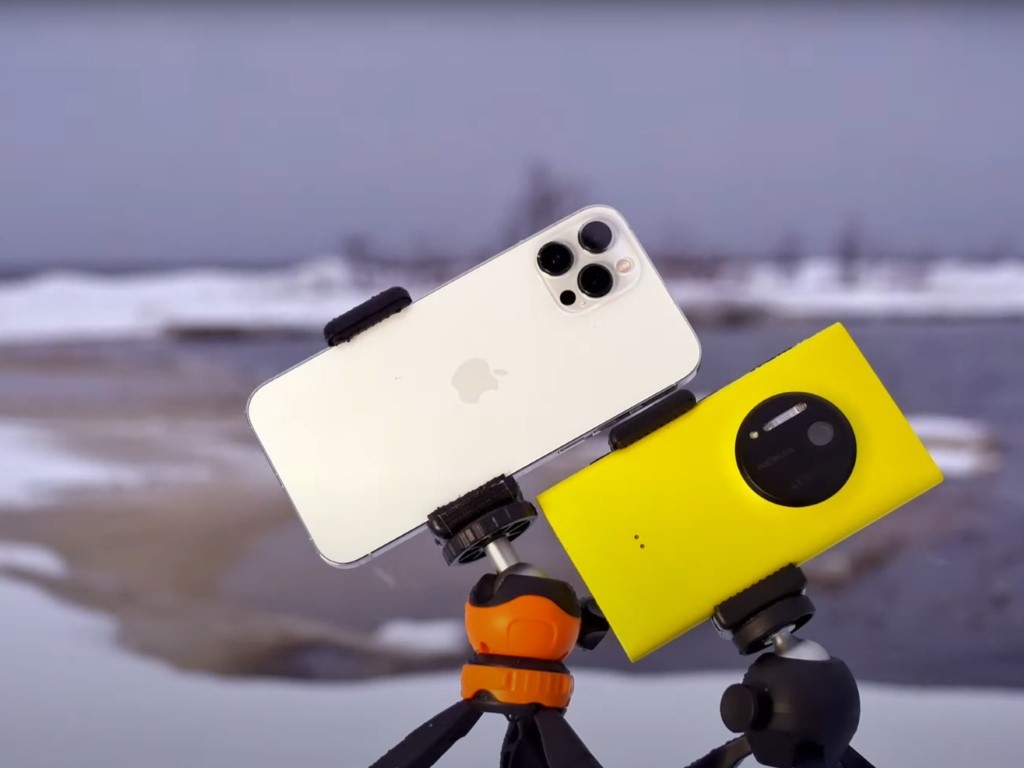 Despite the launch of Microsoft's new dual-screen phone, the Surface Duo, some people like our own James Walker are still using Microsoft's old Windows Phones as "side phones" for Windows maps, and various other reasons. One YouTuber, though, has taken on the project of comparing the camera quality of the new iPhone 12 Pro Max to one of the most classic Windows Phones, the Nokia Lumia 1020, and the results might surprise you (via Reddit.)

Though the video doesn't really explain image processing times, or how the cameras were set up, it is still interesting, to say the least. Of course, the Lumia has a much older CPU, and limited RAM when compared to the iPhone, so it might struggle with processing images in real life. However, it's large camera sensor really proves to be really good against a modern phone like the iPhone 12 Pro Max, and shows how this old Windows Phone was a mobile phone that really emphasized the camera (unlike the Surface Duo.)

Throughout the 10 minutes long video, in several daylight scenes, the Lumia 1020 takes pictures that are close looking to the iPhone 12 Pro Max. It even outperforms the iPhone in some cases with more natural detail and color, similar to the way that current Samsung flagships perform. RAW shots, though, do seem to have some noise and not look as good as RAW photos from the iPhone. Even in low light, the Lumia performs well and takes some photos that are on par with the iPhone, too. Other points in the video look at HDR performance, zoom performance, the flash, as well as dynamic range.

Tasks in Microsoft Teams is now rolling out on mobile