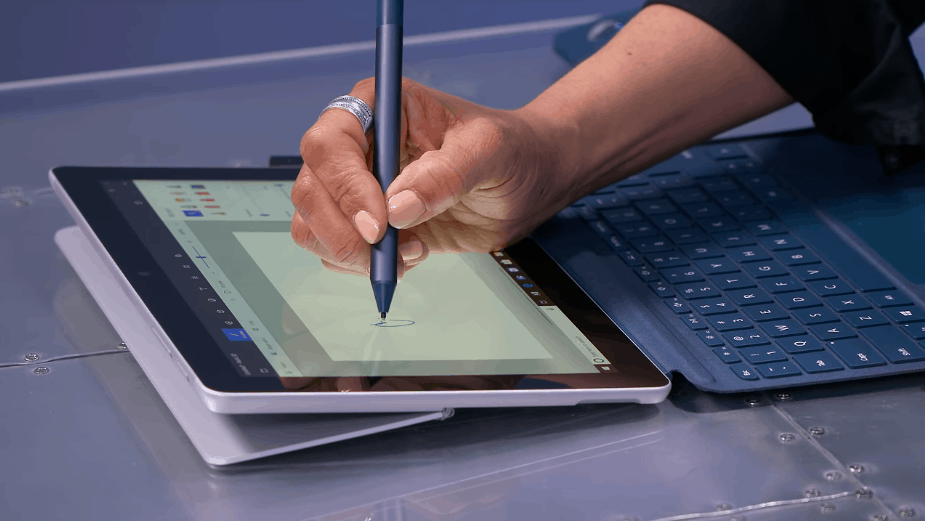 Cindy Martinez, Senior Electrical Engineer, Microsoft Surface gave us an interesting engineer's tour of the new Surface tablet. "We wanted to build a device that is versatile enough to function as a tablet or laptop, and powerful enough to run full desktop applications," she explained. That's why Microsoft stuck with Intel processors instead of going the Windows 10 on ARM route, and this is probably for the better.

Here are the main highlights from the video:

If there's definitely a lot to like about the Surface Go's design, we still have some reservations about the performance of its dual-core Pentium Gold processor. "We chose to stay with an Intel architecture for predictable performance, whether using modern apps or full desktop software, making this a no-compromise device," Martinez explained, showing how the Surface Go offers a lag-free experience while running Excel, Edge, Microsoft Teams, and OneNote at the same time. It's also worth mentioning that the Surface Go ships with Windows 10 in S Mode, which is streamlined for performance.

The Surface Go is already available to pre-order on the Microsoft Store, and it will start shipping in select markets next month. It remains to be seen if this affordable model will be able to expand the Surface market globally, but Microsoft deserves credit for delivering a well-designed 2-in-1 device that should appeal to mostly everyone: Microsoft fans, consumers looking for a solid Windows 10 tablet, as well as education and enterprise users.

Surface Go pre-orders are now open, but you still need to buy the keyboard separately