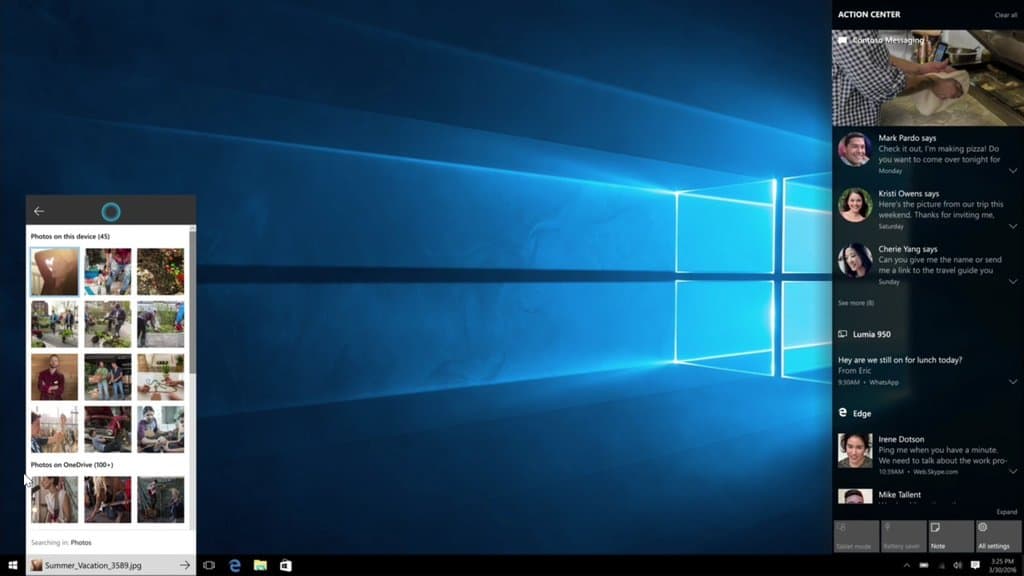 In a Build session held yesterday, Microsoft showed off new improvements coming to Live Tiles and Notifications on Windows 10, as part of the upcoming Anniversary Update (formerly known as Redstone). A video of that session is now available for viewing, showing you exactly how these new improvements work. We’ve embedded the video below for your viewing pleasure.

According to Microsoft, Windows Insiders have been arguing that tiles tease them but don’t always deliver. Windows 10 users want, according to feedback, more flexible toast notifications, the ability to make the Action Center on the desktop “more useful” and a notification platform that is actually powerful. These are the top feedback requests given to Microsoft and we’re glad to see that Microsoft is listening to feedback. For those wondering, “interactive” live tiles are not coming in the Anniversary Update, but Microsoft says they are still working on it.