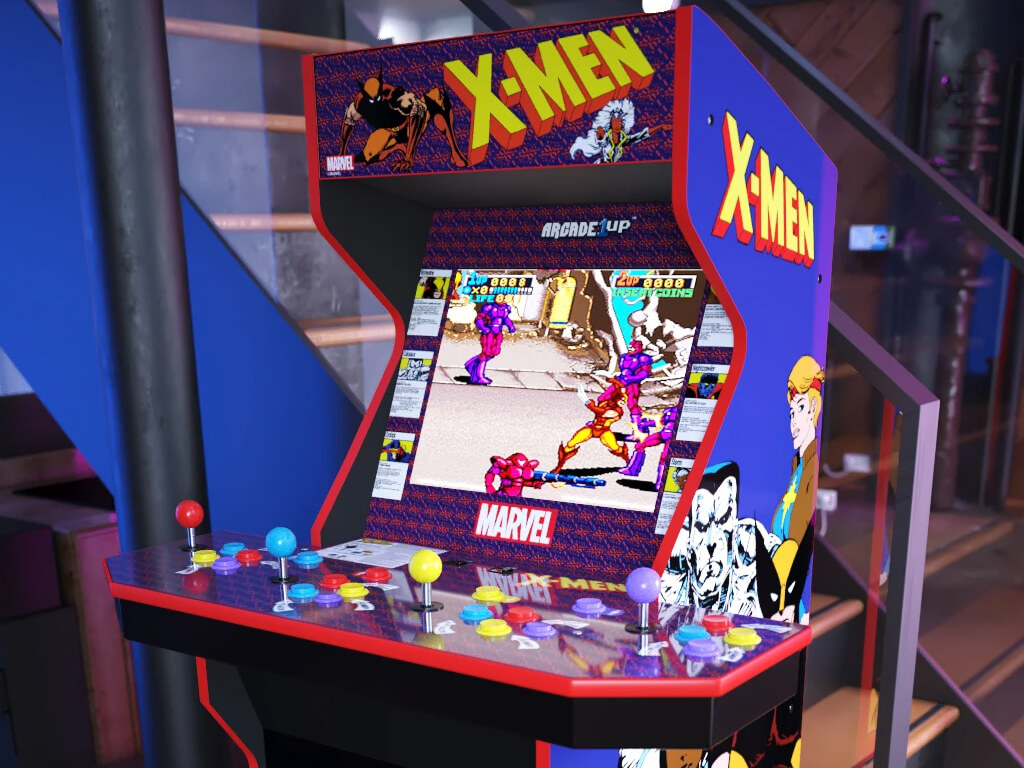 During CES 2021 earlier today, Arcade1Up announced their planned re-release of a number of popular arcade video games as part of their ¾ scale modern arcade line sometime in the near future.

Among the arcade cabinets announced were ones inspired by X-Men, Killer Instinct, Dragon’s Lair, Street Fighter II, Atari, Capcom, and Bandai Namco, each with a number of classic arcade games to play.

Here’s the full list of games available in each cabinet:

While many of these titles are available to play on modern video game consoles such as Microsoft’s Xbox One and Xbox Series X, there’s no denying the appeal of playing them on an old-school arcade cabinet with controls that are a near match to the original experience.

Curiously, the X-Men cabinet only features controls for four players while the original supported six. In a bit of a surprise move, Arcade1Up is adding online multiplayer to the X-Men cabinet (which definitely wasn’t a feature back in the day) but it’s unclear if this will enable the addition to two extra players or not.

No release dates or prices for these arcade cabinets have been announced yet, though if previous Arcade1Up releases are anything to go by, gamers should expect to pay somewhere around $500 for each one.

Are you tempted to pick up one (or all!) of these cabinets? Let us know which ones in the comments below and then follow us on Twitter and Facebook for more tech news. After more CES 2021 coverage? Check it all out here.