It’s that time again where companies bombard the digital airwaves with a slew of timetables, products, services, and concept proposals and offerings for the year in the aggregated convention known as CES.

While CES is mostly a digital affair this year, the clip at which news from would-be presenters hasn’t slowed down with Dell barreling down the new pipe with a host of new commercial devices and services that include new video conferencing monitors, updates to its Lattitude lineup and accessories.

On the face of it, Dell’s Optimizer software is reminiscent of both HP and Lenovo’s in-box solutions that help walk users through driver updates and system optimizations. However, unlike its competitors, Dell’s Optimizer software is a hub for reviewing maintenance and more an ambient AI that floats around devices pulling levers to optimize active interactions throughout use. 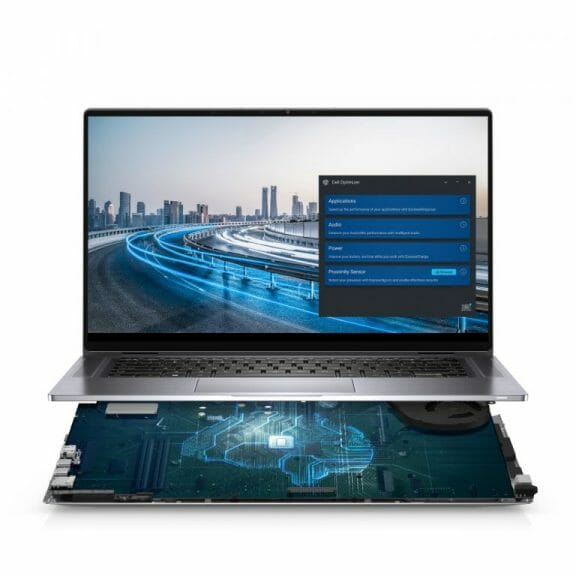 Detects your voice and stabilizes your system’s volume for an enhanced conferencing experience.

Proximity microphone adds brighter and clearer tone to your voice, so you sound great during conference calls.

Enables you to have the best connectivity experience wherever you work, so you have fewer disruptions.

Bandwidth management
Prioritize bandwidth for your conferencing applications during calls.

Dell’s new Jarvis-like optimization software is due out for commercial use until some undetermined time possibly slated for later this year.

Dell’s Latitude lineup will also make use of the company’s new AI-powered optimizer this year as well as 11th generation Intel Core processors that can be configured up to i7 with vPro 4-Core. Customers can also customize their rigs to make use of Windows 10 Home and Pro as well as Unbutu 20.4 LTS all powered with memory options that top out at 64GB LPDDR4 SDRAM with Integrated Intel Iris Xe Graphics on select models.

Businesses can load up their devices with up to 1TB of SSD M.2 2280 PCIe Gen 3 NVE storage while making use of a fingerprint reader embedded into the power button on devices.

The 7000 Series come in the form of the 7320, 7420, 7520 ups the ante by making use of Gorilla Glass 6 for its panels slightly nudging the screen reinforcement up. Otherwise, the 7000 series remains relatively similar to the 5000 series.

Lastly, the 9000 series gets bumped up to the Latitude 9420 this year and also comes in two variants that that either sports a 2-in-1 design or the more clamshell laptop configuration, identical processor and OS configurations. The difference between the three Lattitude devices ends there, however. The Latitude 9420 can get configured up to 32GBof LPDDR4x SDRAM at 4266MHz and uses Intel’s Iris X integrated graphics.

The display on the 9420 2-in-1 is also built with higher resolution support at 14 inches with a welcomed 16:10 QHD anti-reflective panel with anti-smudge, 100% sRGB, Gorilla Glass 6DX, and 500 nits of brightness onboard. The more traditional laptop version sports the same 14 inches but only a 16:10 FHD, the rest of the laptops come with the customary array of ports and connectivity.

The Latitude series of laptops begin rolling out in the Spring of this year with the 9520 being the first available with a starting price of $1,949. The rest of the lineup remains TBD at the moment.

Starting this month, the Dell Precision 3560 Mobile Workstation becomes available for purchase starting at $1,189. With a bevy of I/O on the 3560, this laptop easily fits into any replacement workstation set up designed for manufacturing, higher education, or finance. Port selection on the 3560 includes a MicroSD slot, SIM card slot, audio jack, USB 3.2 Gen 1, HDMI 2.0, 2 Thunderbolt Type-C, and smart card reader. 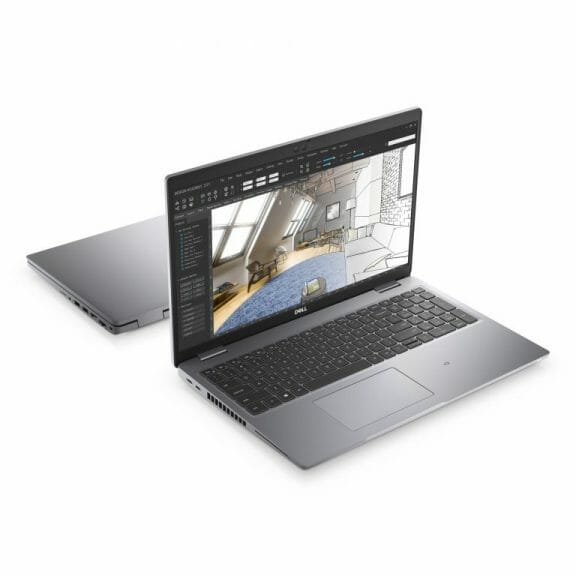 Businesses can configure their Precision with up to an Intel Core i7 with 4 cores Windows 10 Home and Pro as well as Ubuntu 20.04, NVIDIA Quadro T500 w/2GB GDDR6, 4TB M.2.2230 storage, and 4 Cell 64WHr battery capacities. All of that comes at a footprint price that weighs in at 3.5lbs. 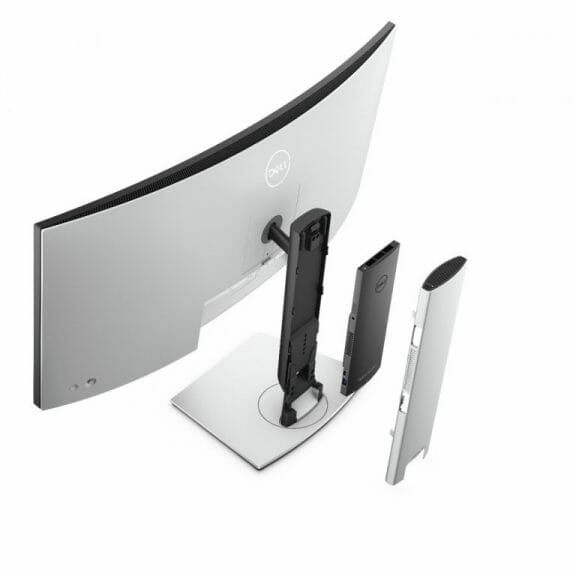 Dell is also offering sleek new modular AIOs setups in its updated OptiPlex devices both the 3090 Ultra and 7090 Ultra that include configurations up to 64GB of memory, 2TB PCIe storage, Intel Iris Xe graphics, a mouse with integrated fingerprint readers, and Tiger Lake PCH-LP chipsets. While Dell monitors aren’t included in the modular package, customers can add the 3090 and 7090 setups with a Dell Ultrasharp 34 curved USB-C Hub monitor, Dell 24 Video conferencing monitor, or a Dell curved video conferencing monitor C3422WE to make the most out of this pairing.

As we settle into a new normal with an increased work-from-home presence, anyone who missed out on upgrading their home office because of short supply during the early weeks of the pandemic can now look forward to a wide selection of monitor and office accessories from Dell in 2021.

Dell announced a varied lineup of monitors that range from 24 to 65 inches in size and from Ultrasharp to 4K resolutions and even some with video conferencing front and center of the experience. Prices and availability are below. 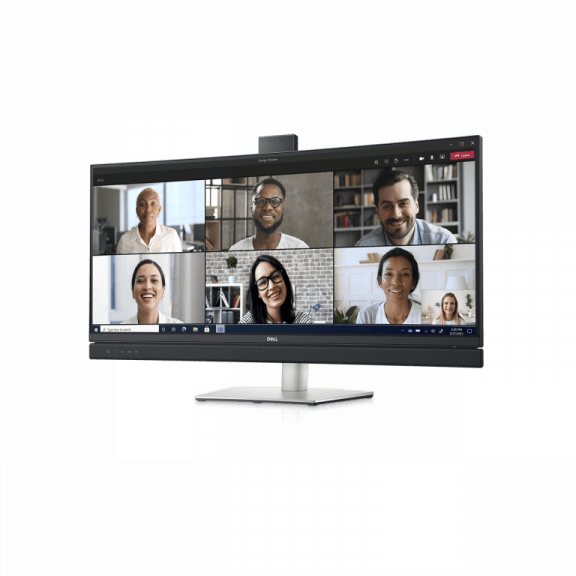 Dell is also updating its list of peripherals that include the Dell Premier Multi-Device Wireless Keyboard and Mouse starting at $99.99 USD and or a solitary Premiere wireless rechargeable mouse for $69.99 and lastly, the Dell USB-C Mobile- Adapter for $99.99. Availability for these products varies from January 19, 2021, to January 28, 2021, in the US.

Here’s an early first look at Microsoft’s new “One Outlook” app, expected to launch in 2022