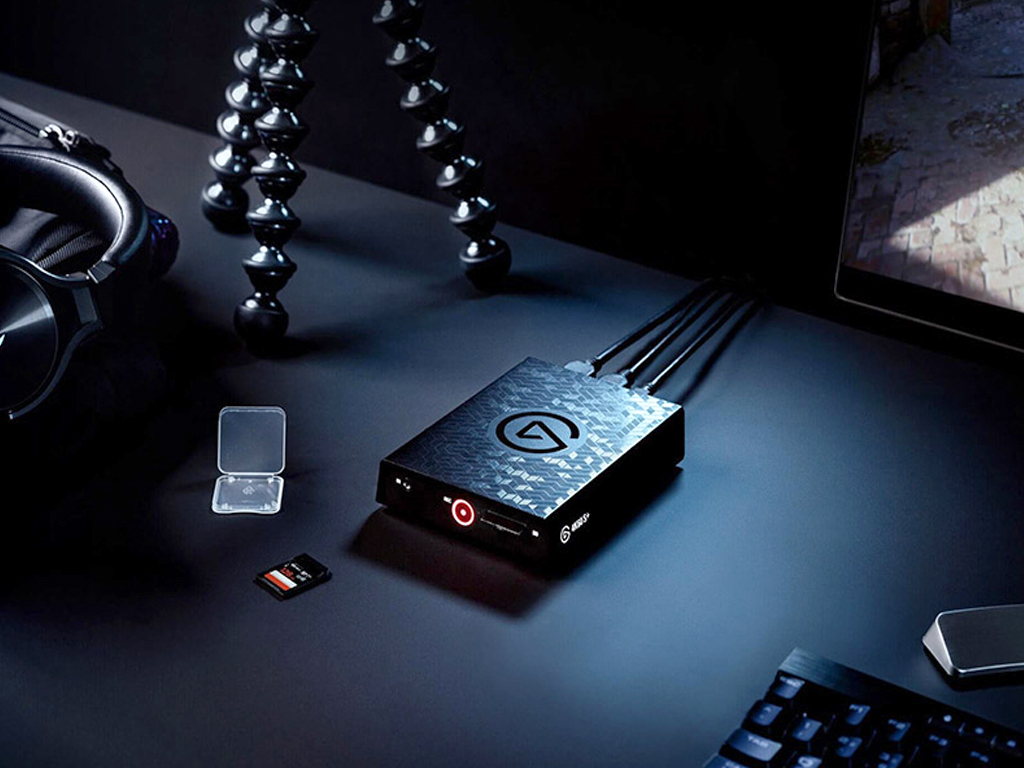 What’s truly impressive though is that the 4K60 S+ can function completely without a computer and can directly to a power source while saving all recorded footage to an internal SD card. This means that it can be taken pretty much anywhere to record game footage, making it ideal for events or fast-pace gaming environments.

The 4K60 S+, like previous Elgato capture cards, can also connect to a computer to save the footage there or for streaming to an online service such as Facebook, Twitch, YouTube, or Microsoft’s Mixer video game streaming service.

Also during CES 2020 today, Elgato announced their Key Light Air, a new smart light designed for video game streamers. Pre-orders for the Elgato Key Light Air have yet to opened.

In addition to the 4K60 S+ and the Key Light Air, something called Project Wave was teases by Elgato which is due for release later this year. Specifics are unclear but it appears to be some kind of microphone or audio mixer device.

Are you excited for any of these Elgato products? Let us know which ones in the comments below and then follow us on Pinterest, Twitter, and Facebook for more video game streaming and technology news and check out all of our CES 2020 new coverage here.

CES 2020: Here are the biggest CPU news announcements from Intel and AMD