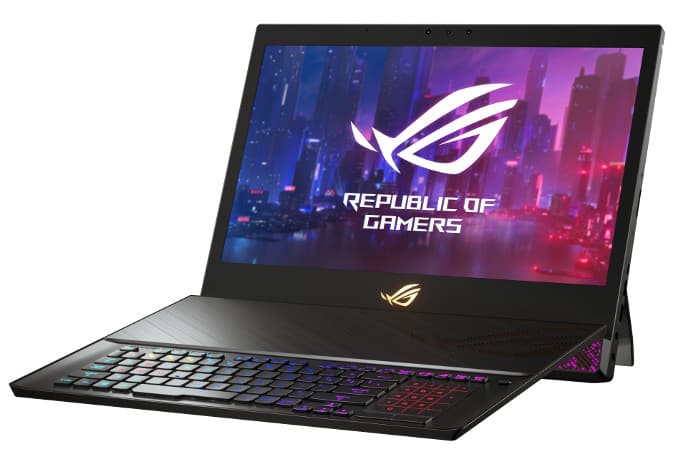 CES 2019 kicked off yesterday in Las Vegas, and as usual this is a big opportunity for PC manufacturers to announce new PC models and accessories. It's usually easy to get drowned in the sea of announcements, but there are some really interesting new form factors to discover this year.

As an example, Asus has just announced the ROG Mothership, a 17.3-inch gaming PC that looks like a superpowered version of Microsoft’s Surface Pro. The gaming PC comes with a built-in kickstand designed to support the ROG Mothership 10-pound weight, and Asus also designed a detachable keyboard that supports wireless operation.

Under the hood, you’ll find a powerful Intel Core i9 CPU, an NVIDIA GeForce RTX 2080 GPU, and up to 64GB of DDR4 RAM. The ROG Mothership also features many ports including four USB Type-A ports, two USB-C ports (one supporting Thunderbolt 3), the usual HDMI port and an SD card slot. Asus also included a Windows Hello webcam above the 17.3-inch Full HD display, which is pretty nice.

The Asus ROG Mothership will start shipping in Q1 2019, but pricing details are still unknown. It’s really interesting to see such a powerful gaming PC in a detachable form factor, though the ROG Mothership probably isn’t something you would like to use on your lap. You can learn more about Asus' other CES 2019 announcements on the Windows Experience blog.