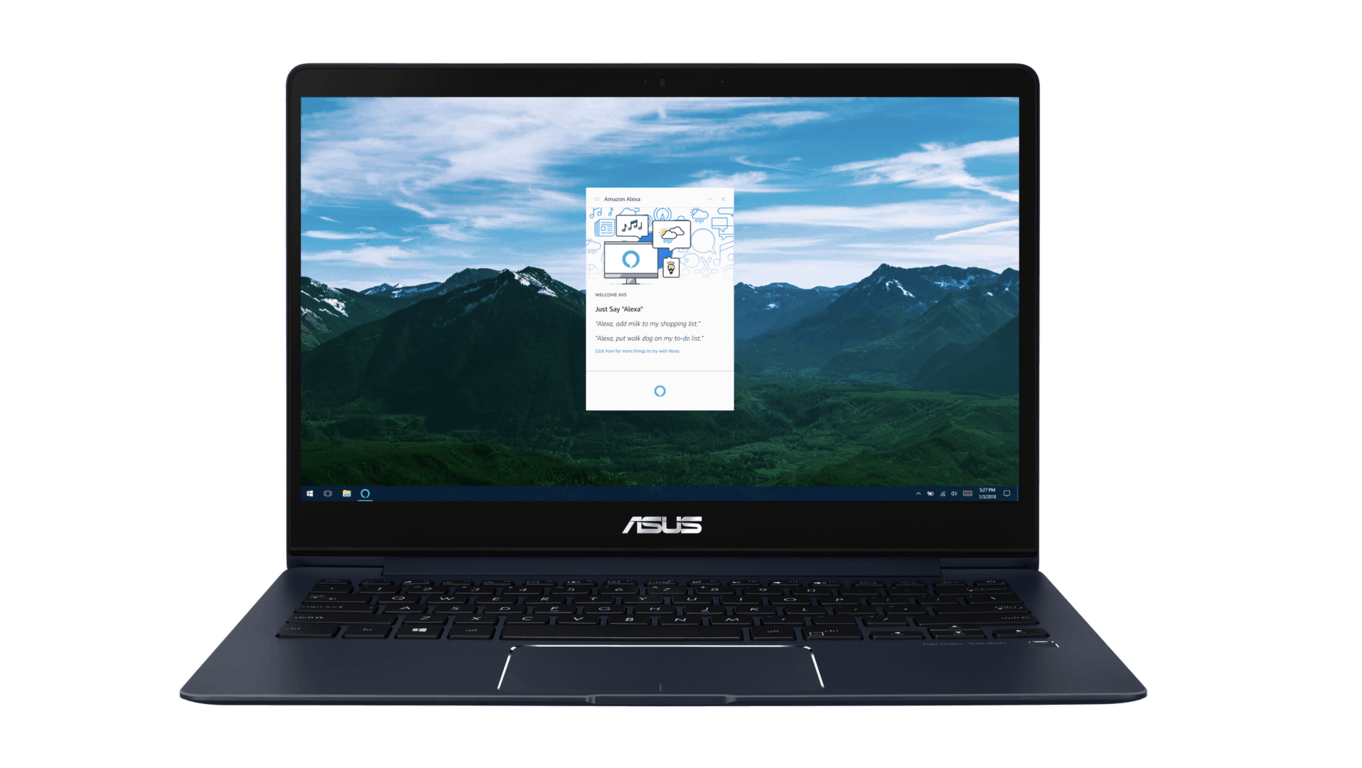 Amazon’s digital assistant Alexa is expected to become more ubiquitous than ever in 2018. After we learned last year that Alexa would soon integrate with Cortana on Windows 10, iOS and Android devices, Amazon has also teamed up with Acer, Asus, HP and Lenovo to integrate Alexa within new Windows 10 PCs coming later this year.

In a press release, Asus said that Alexa will be integrated in select ZenBook and VivoBook laptops from its upcoming 2018 lineup. “Voice is a natural interface for interacting with technology and can make everyday tasks simpler,” said Steve Rabuchin, Vice President, Amazon Alexa in the press release. “We’re delighted that ASUS will bring the Alexa experience to its laptop models – providing hands-free voice capabilities, and tens of thousands of skills, to PC customers at their desks and on-the-go.”

As reported by The Verge, it appears that integrating Alexa will require PC makers to use special mics with far-field voice recognition technology. In addition to Asus, HP has also announced today a new version of its Pavilion Wave desktop PC with Alexa. “It now will offer a custom LED to indicate Alexa is listening,” the company explained in a press release. “Working with Intel and Amazon engineers to optimize Intel Smart Sound Technology to help deliver a hands-free experience, the 360-degree multi-directional reflective audio can hear voice commands from any angle.”

This is a very interesting announcement overall, and we look forward to see what Acer and Lenovo will say about their upcoming PCs featuring Alexa support. The Alexa integration will be delivered via a Windows that always listen to the "Alexa" voice command, and the app will also support keyboard shortcuts. Amazon's digital assistant was already available for everyone as a web app, but it's not clear yet if this new desktop app will be restricted to select PCs with special mics.

Anyway, this new competition from Amazon can only push Microsoft to improve its own Cortana digital assistant. Cortana still has the advantage of being natively integrated on all Windows 10 PCs (Cortana is still only available in select markets though), but Alexa with its 25,000 skills (Cortana only has around 250) is far more capable as of today.

Xbox news recap: Kinect ceases production, PUBG to be exclusive to Xbox for "some time" and more