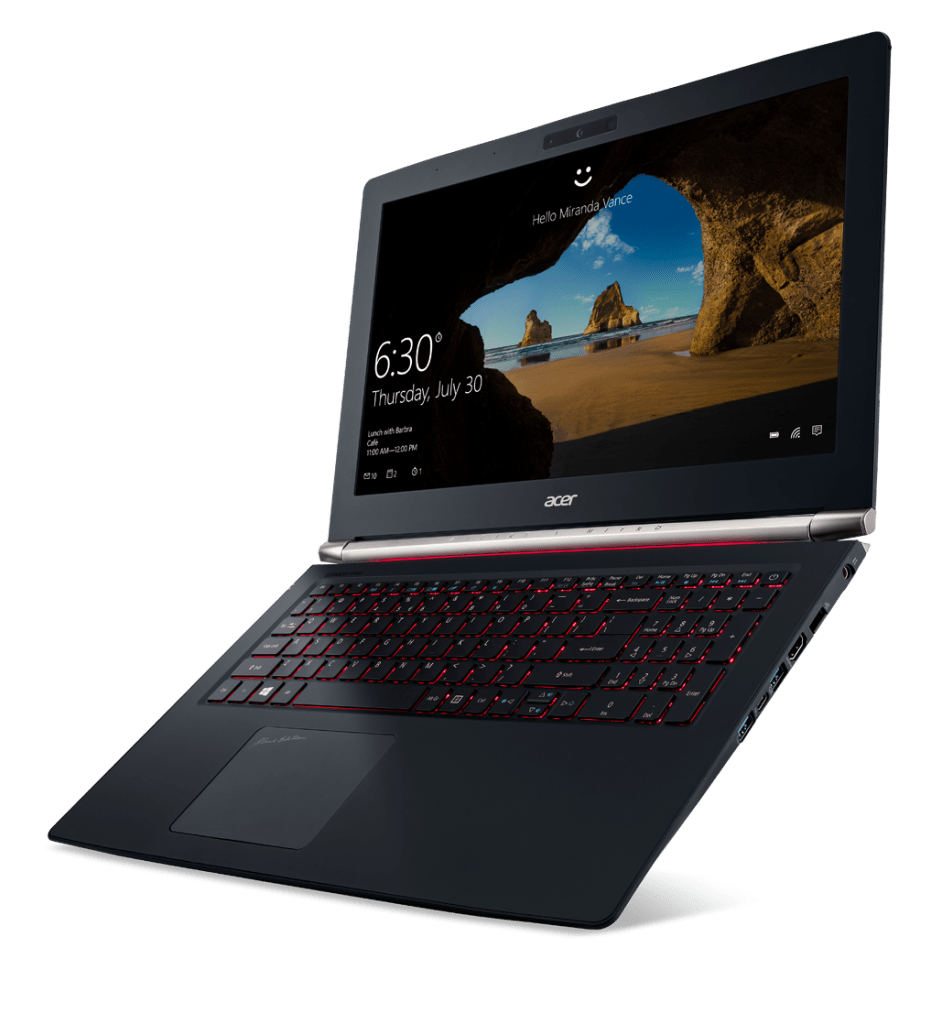 Acer’s pre-CES showcase highlights new members of the Aspire Switch family of 2-in-1s, and the Liquid Jade Primo showed us the first non-Lumia Continuum for phones experience, but the Aspire V Nitro’s newest hardware makes it a first as well. The inclusion of an Intel RealSense camera in the laptop makes the V Nitro the first laptop to ever feature the new sensor that can scan 3D objects to 3D print later and even be used for Windows Hello authentication.

The Aspire V Nitro still features Intel’s sixth-generation ‘Skylake’ processors paired with NVIDIA GTX960M graphics and NVMe PCIe SSD storage. The laptop’s RealSense camera can be used to scan 3D objects to reproduce in 3D printing as well as to sign in and authenticate users more securely with Windows Hello built into Windows 10.

Acer’s press release notes that the latest version of the Aspire V Nitro is expected to go on sale in February with pricing starting at $1,099 for U.S. customers and €1,299 for Europe, the Middle East, and Asia. As usual, exact dates and prices will vary by region.