Sea of Thieves is the first big Xbox exclusive coming from Microsoft Studios this year, and the company is giving it a very special treatment. To celebrate the game’s worldwide release on March 20, Microsoft is inviting fans to visit their local Microsoft retail store to have some pirate fun.

“Come aboard to a Microsoft Store near you on March 20 from 6 p.m. to 9 p.m., local time, and celebrate the free-roaming pirate life with your crew,” the Xbox Wire blog post reads. Sea of Thieves will be available to play in all Microsoft Stores throughout the day, and Microsoft says that it will gift “treasures” to pirates with the best costumes.

Microsoft is also planning something special for consumers visiting its flagship Microsoft stores in New York and Sidney, with special prizes to win including an Xbox One X bundle. The NYC flagship Microsoft Store on Fifth Avenue will also offer exclusive experiences including “pirate shanties from the famous pirate band, The Skullduggers, and a pirate themed photo experience.”

After an unexpected delay and multiple beta tests, Sea of Thieves is a crucial release for Microsoft Studios, and we hope it will set a high bar for future Microsoft Studios games releases. You can still pre-order the game from the Microsoft Store to get exclusive Black Dog bonus content, but the game will also available on Xbox Games Pass on launch day. 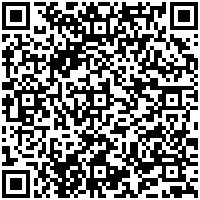