Windows 10 app support continues to improve, which should only accelerate with the official launch of Windows 10 Mobile. Certainly, being on over 100 million machines just two months after Windows 10's official launch doesn't hurt. Now, we have CBS adding support for its new subscription service, CBS All Access, to a revamped Windows 10 app.


CBS All Access costs $5.99 a month, and adds CBS programming to the content available to today's cable cutters. CBS primetime episodes have been available following an 8-day delay for some time now. With CBS All Access, the selection grows considerably.

According to Windows Central, Windows 10 Mobile and Xbox 360 support will launch by the end of 2016, and Xbox One users should have access sometime early in 2016. If you're a fan of CBS shows like Big Bang Theory or the upcoming Supergirl, or want to enjoy older classics like the Twilight Zone and Star Trek, then download the app, pay your $5.99, and get watching. 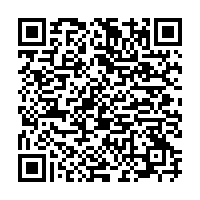