The popular game Candy Crush Saga is celebrating the release of its 2000th level. That's a huge milestone for any game developer. King released a public launch statement to the press yesterday revealing the achievement but also giving a little bit of a teaser towards the future of the Candy Sagas.

According to the statement, players will be able to play the 2000th level for a limited time even if they haven't even played the first 1,999 ones which are a daunting number in its own right. Across iOS, Android, Amazon, and Windows devices, players are going to be able to play the level for up to seven days from today. Afterward, it will be locked behind the original gameplay of Cady Crush Saga.

What's so special about the 2000th level you wonder? Well, because it will reveal the future of Candy Kingdom, that's why. The characters Tiffi and Yeti will be attending the Bubblegum Bazaar to meet a fortune teller that will conveniently tell them about what's next for the game's illustrious Candy Kingdom. Of course, players are also going to be rewarded with some in-game content like Colour Bombs and boosters.

“We’re excited to launch the 2000th level of Candy Crush Saga today. This is an incredible milestone for us, as is reaching one trillion gameplays. Candy Crush Saga continues to be one of the most played games around the world and has enjoyed continued success in the download charts since launch. Over the years our team has worked hard to evolve and innovate within the game so that our players always have new and fun challenges to enjoy. We’ve launched this very special 2000th level to celebrate and give something back to our fans, and we hope they have as much fun playing it as we did making it.”

If you're a big fan of the series, check out some of the statistics and facts that King published with their statement including the fact that the game is even being played on Antartica! Anxious to take a look at what King has in store for the Candy Crush Saga? Be sure to try out the 2,000th level within the next week. 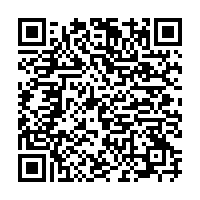