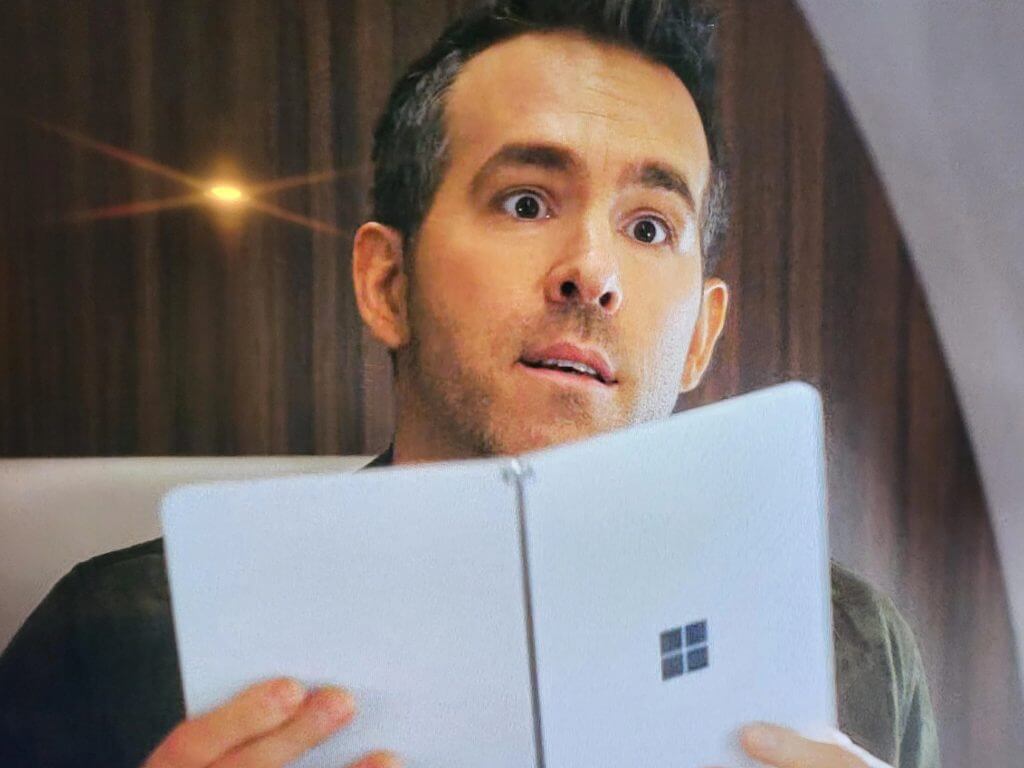 Remember the Surface Neo? Microsoft had a bold ambition for dual-screen PCs, but the COVID pandemic and shortages in the PC industry canceled those plans. Don't tell that to actor Ryan Reynolds though, as, in the Netflix movie Red Notice, the Surface Neo is up and center in one scene.

Watching Red Notice on Netflix and Ryan Reynolds whips this gadget out..could it be the fabled Surface Neo? from surfaceduo

Spotted on Reddit, Reynolds can be seen holding the Neo in his hands. He even folds over the device and turns the screen around to show off a face scan. Cool as it is, this is not the first time that the Neo has appeared on the big screen, According to one Redditor, the device was also in Marvel's Wandavision.

Don't take this as the Neo making a comeback. The series was filmed in 2020 around the time Microsoft revealed the Neo and intended it as a mass-market product. Yet, between production and release of the series, the Neo ended up getting canceled. Still cool, to say the least.

The Microsoft Teams Store is getting a newer and cleaner look, focus on app discoverability