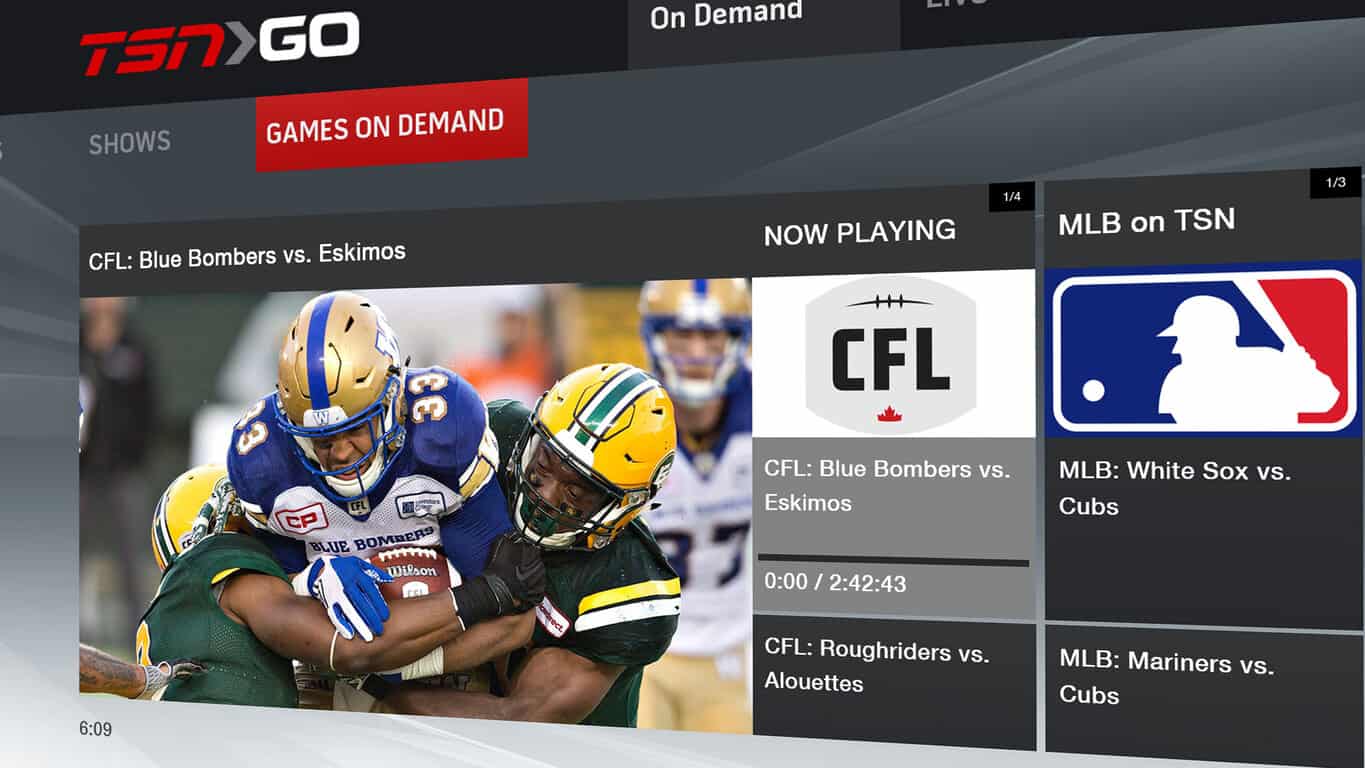 CTV and TSN have just launched official apps for both CTV and TSN channels on the Xbox One. The TSN GO Xbox One app allows Canadian TSN subscribers to view live broadcasts of TSN’s five national feeds, TSN1, TSN2, TSN3, TSN4, and TSN5, as well as watch on-demand episodes of over 60 different programs. The CTV GO app is free and offers on-demand viewing of the channel’s last seven days of broadcasts. Subscribers of participating networks gain access to additional media as well as livestreams.

The President of Distribution and Pay at Bell Media, Tracey Pearce, said of the app launches, “Today’s announcement solidifies our commitment in making our leading TV Everywhere products available to as many viewers possible. Xbox One delivers an amazing user-friendly design that will elevate the CTV GO and TSN GO experience and will offer Canadians exceptional programming at their fingertips.”

Here’s the official description of the TSN GO app: With the TSN GO app, TSN subscribers can live stream TSN’s five national feeds – TSN1, TSN2, TSN3, TSN4, and TSN5 – plus access a slate of bonus content available only on the app, including live sports such as SUPER RUGBY, breaking news conferences, and more. Through the TSN GO app, TSN subscribers can also watch nightly editions of SPORTSCENTRE – Canada’s #1 sports news and information show – and access up-to-the minute scores and stats and analysis from TSN’s all-star roster of Insiders and experts.

Both apps can be found in the Apps section of the newly redesigned Store on Xbox One consoles which are set within the Canadian region. Are you a CTV GO and TSN GO viewer and have you been looking forward to these apps launching on the Xbox One? Let us know in the comments below.