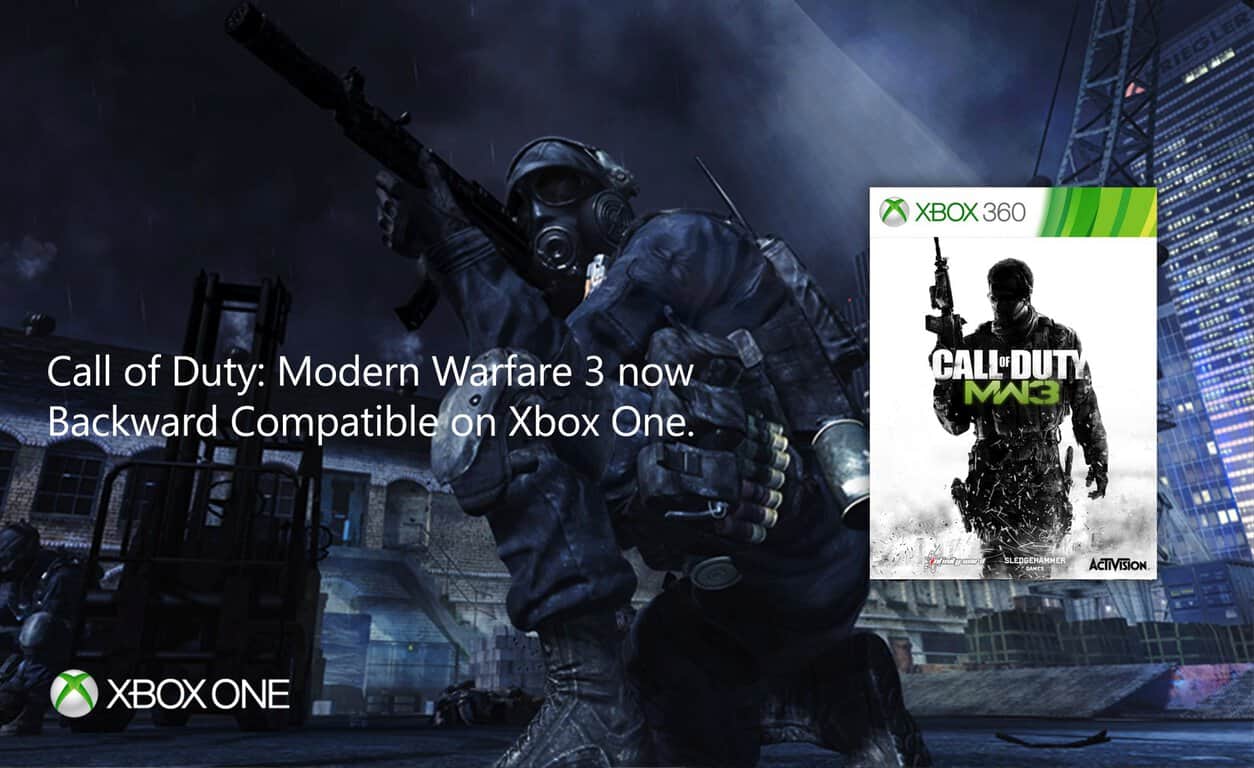 Call of Duty: Modern Warfare 3 is coming to Xbox One Backward Compatibility today (and it is currently on sale in this week's Deals With Gold) https://t.co/qPMRNs2ZLo pic.twitter.com/MouA9LYTwW

Call of Duty: Modern Warfare 3 was released back in 2011 on the Xbox 360, and while it didn’t get as much critical acclaim as the first and second games in the series, it remains a beloved games that brought a couple of innovations: there was a new cooperative mode called Survival, a revamped Killstreak reward system as well as a couple of new multiplayer modes.

Now that both Call of Duty: Modern Warfare 1 and 3 are backward compatible, you may be wondering if MW2 may be coming soon. It may not be the case as according to a recent leak, a remastered version of the game could be released on the Xbox later this Fall along with the upcoming Call of Duty: Black Ops 4. We'll see what happens, but for now it's nice to see Activision bringing back old-school Call of Duty games on the Xbox One.