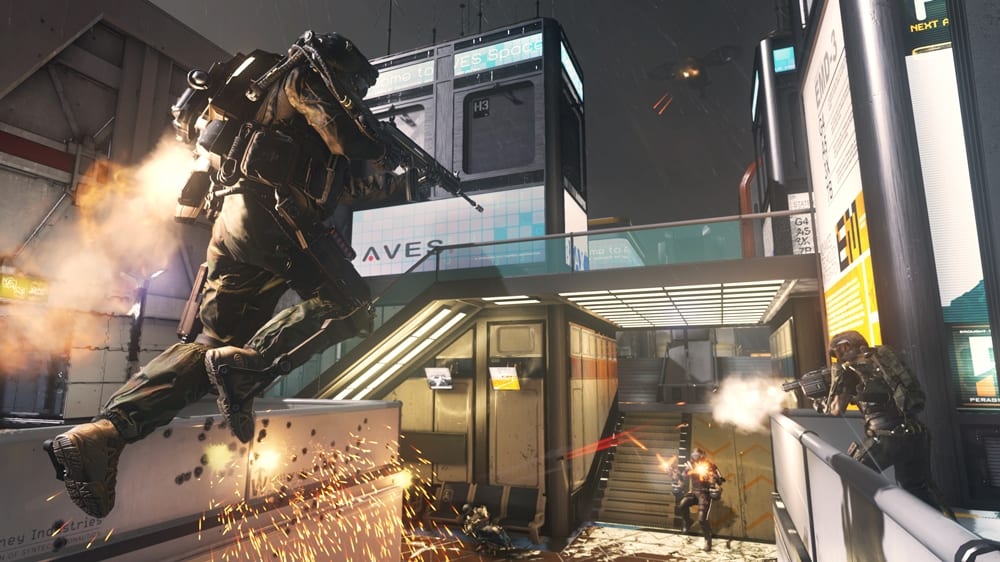 Two new Xbox 360 games have just been added to the Xbox One Backward Compatibility List, Call of Duty: Advanced Warfare and Sonic Adventure. The first one was released on both the Xbox One and Xbox 360 back in 2014, while the second one is a port of a Sega Dreamcast title from 1998. You can read more information about both games below.

Call of Duty®: Advanced Warfare envisions the powerful battlegrounds of the future, where both technology and tactics have evolved to usher in a new era of combat. Delivering a stunning performance, Academy Award® winning actor Kevin Spacey stars as Jonathan Irons - one of the most powerful men in the world - shaping this chilling vision of the future of war. Power Changes Everything. Also included is the bonus Digital Edition Personalization Pack, including a custom weapon camo, reticle set and playercard.

Join Sonic and friends as they embark on their first truly epic quest to stop Dr, Eggman’s most villainous scheme in the hit Dreamcast title Sonic Adventure™ now available on Xbox®LIVE Arcade. An ancient evil lurking within the Master Emerald has been unleashed from its slumber by the devious Dr. Eggman and is on the verge of becoming the ultimate monster using the 7 Chaos Emeralds. Only Sonic and his friends are heroic enough to put a stop to Dr. Eggman and his evil minions. Hit the ground running in this classic epic adventure in a race against time to save the world!

This month, 12 new Xbox 360 games have joined the Xbox One Backward Compatibility including Slender: The Arrival, Saints Row: The Third as well as four excellent Halo games. You can check the full list of backward compatible games on Major Nelson's website.