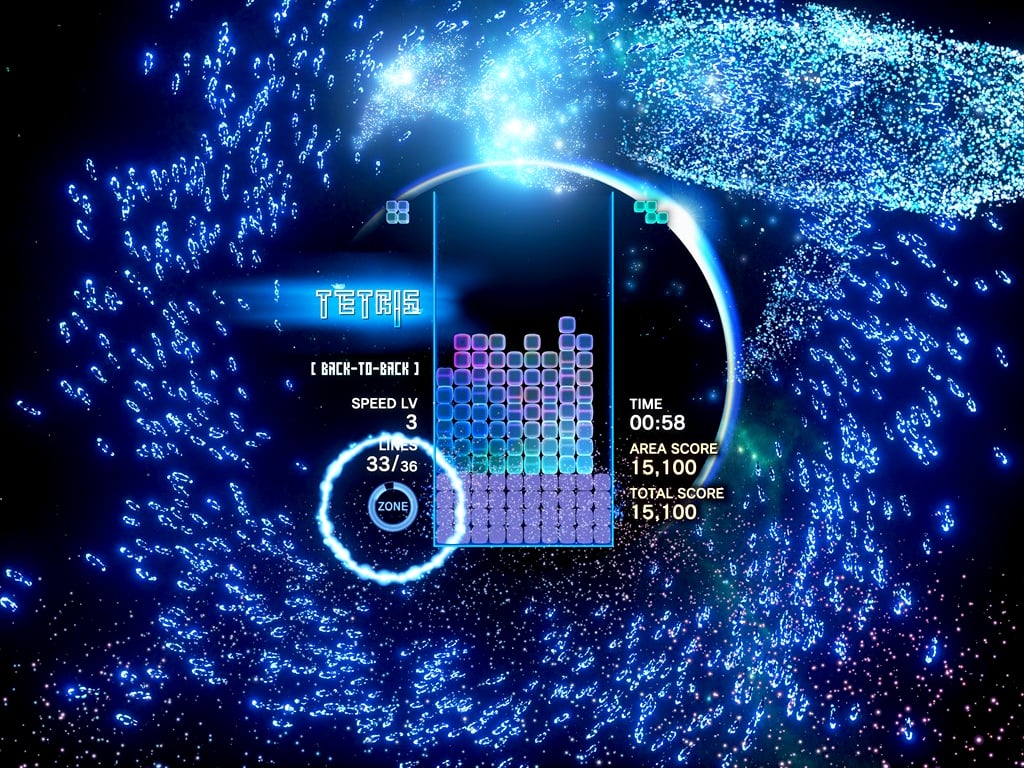 Tetris Effect: Connected is a now available to pre-order and pre-download on Microsoft’s Xbox One consoles. This pre-order is essentially a pre-order for the Xbox Series X version of the game as well as it supports Smart Delivery, a system that automatically unlocks the next gen version for free for those that own the Xbox One version.

While there have been various Tetris video games on Xbox consoles over the years, this is the first Tetris Effect title to appear on the platform. Tetris Effect: Connected is a re-release of the PS4 and PC Tetris Effect video game which reimagined the classic puzzle title with a surreal design aesthetic that changes in response to how the player is playing.

Tetris Effect: Connected adds an all-new robust multiplayer expansion to the huge variety of addictive and innovative single-player modes that Tetris Effect is known for with all-new co-op and competitive online and local multiplayer modes!

Tetris Effect is Tetris like you've never seen it, or heard it, or felt it before—an incredibly addictive, unique, and breathtakingly gorgeous reinvention of one of the most popular puzzle games of all time, from the people who brought you the award-winning Rez Infinite and legendary puzzle game Lumines.

Music, backgrounds, sounds, special effects—everything, down to the Tetris pieces themselves, pulse, dance, shimmer, and explode in perfect sync with how you're playing, making any of the game's 30+ stages and 10+ modes something you'll want to experience over and over again.

Game leverages Smart Delivery allowing access to both the Xbox One title and the Xbox Series X|S title when available.

The Xbox Series X and Xbox Series S consoles are also now up for pre-order but they're selling out VERY fast.

Are you hyped for Tetris Effect: Connected? Let us know why or why not in the comments below and then follow us on Pinterest and Twitter for more Xbox gaming news.