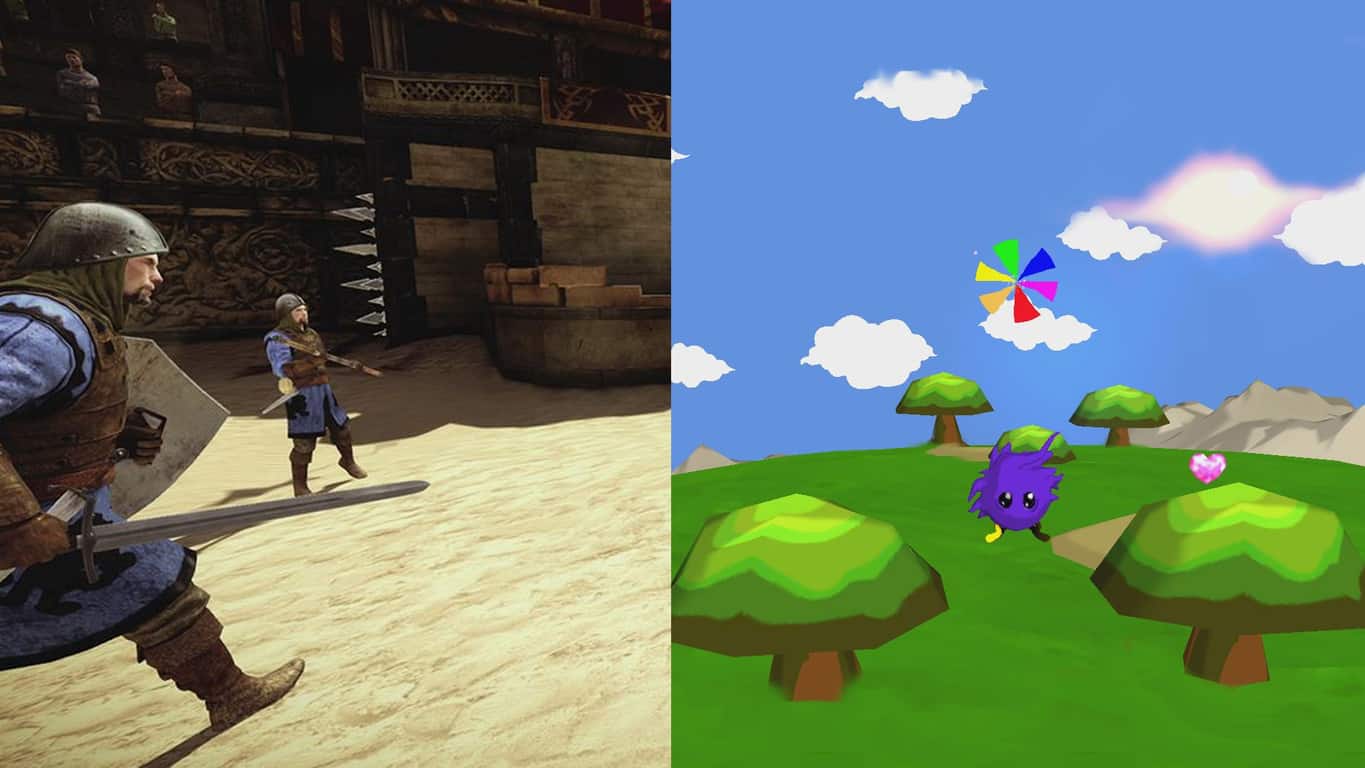 Chivalry: Medieval Warfare releases today on Microsoft’s Xbox One console and Frizzy can now be pre-ordered and pre-downloaded.

Chivalry: Medieval Warfare is an online strategic battle game which pits players against one another in tense first-person events. Up to 24 players can play in a single match online at the same time and there are a variety of weapons ranging from broad swords to longbows to customize the play experience. Here’s the official description:

Besiege castles and raid villages in this 24 player online experience. Trade in your guns and grenades to test your mettle against cold hard steel on the medieval battlefield. Includes over 25 battlefields, up to 24 player online multiplayer, and an all new Horde Mode. Deep melee combat system allows you to wield an arsenal of 60+ brutal weapons ranging from broad swords to longbows. Switch between the intense combat of first-person to the tactical view of third-person anytime during battle.

Chivalry: Medieval Warfare can be bought in two versions; a regular release and an Ultimate Edition which includes the regular game in addition to the Marauding Arbiter Pack, Barbarian Weapon Pack, Inquisitive Dreadnaught Bundle, and Barbarian Character Pack DLC packages.

Frizzy couldn’t be more different from Chivalry: Medieval Warfare. This colorful game is a simple platformer that incorporates gravity and sandbox mechanics in its numerous two dimensional levels. Here’s the official description:

Frizzy is a tiny ball of dirt and fur. Within this late 90’s retro art style setting, the player must solve puzzles while simultaneously moving in an intense platforming environment utilizing gravity and sandbox mechanics. Frizzy can static cling to special objects called balloons, which fling Frizzy around each level.

Those pre-ordering Frizzy now will receive a 20% discount on the retail price.

Pre-order Frizzy on Xbox One

Do either of these games interest you or is there something else you’re playing on Xbox One? Let us know in the comments below.