Microsoft’s Joe Belfiore kicked off the Build 2018 Day 2 keynote with some interesting Windows 10 news this morning. As you may know, Windows Sets is currently one of the main new features you can test in the latest Redstone 5 builds, and Microsoft recently added support for select Win32 apps such as File Explorer and Office 2016.

Belfiore announced today that support for Windows Sets in the Windows Timeline is coming soon to Windows Insiders. As you can see in the screenshot below, you can see the number of opened tabs right next to the name of the app: 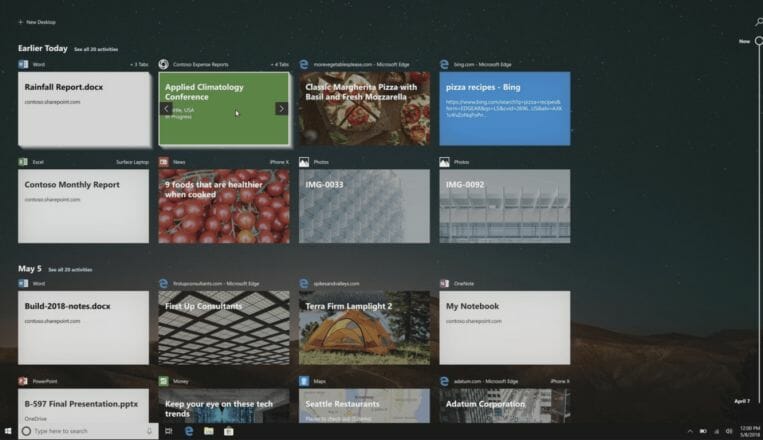 Unfortunately, it’s not guaranteed yet that Windows Sets will ship with the next major Windows 10 update later this year. Indeed, Belfiore said today that Sets will “be available when we think it’s great,” which means that Microsoft could delay it to next year. It’s probably a good thing that Microsoft isn’t rushing this feature, especially since it could completely how Windows 10 users interact with apps and windows.

Presumably, the Redmond giant will need to educate Windows 10 users about this feature, as it can definitely be a bit confusing at first. Anyway, we’re looking forward to seeing how Windows Sets is going to evolve in the next Insider builds.