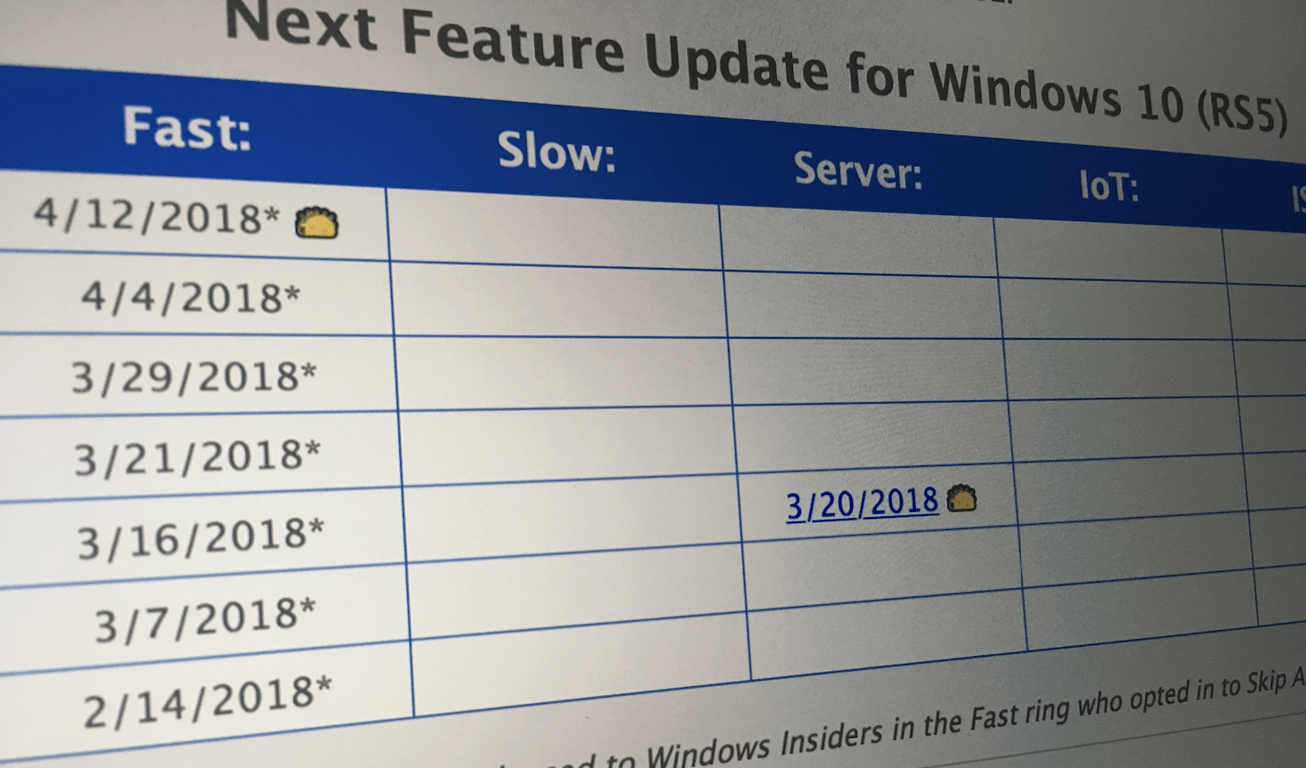 If you’re a Windows Insider in the Slow ring, you’re likely familiar with getting builds every month at a much moderate pace than the Fast ring. Well, this might soon change, as Microsoft has said it is looking to release Slow ring Redstone 5 builds at a quicker pace (via Neowin.)

The news comes from a Windows Insider session at Build 2018, where the team detailed it is aiming for “beta quality software in the Slow ring, with alpha quality in the Fast ring,” This essentially means that after initial testing in the Fast ring, fixes and issues may be pushed out and addressed in incremental Slow ring releases with incremental build numbers.

Similar to cumulative updates for Windows 10, you’ll likely see small jumps (like from 176XX to 176XX.5) in build numbers between the Fast and Slow rings moving forward. It’s rather interesting to see this news, as Dona Sarkar shared last month that most companies and businesses are enrolled in the Slow ring. We’re hoping this also would mean for higher quality builds, and a better Windows 10 experience for the general public once testing is completed in the Windows Insider program.