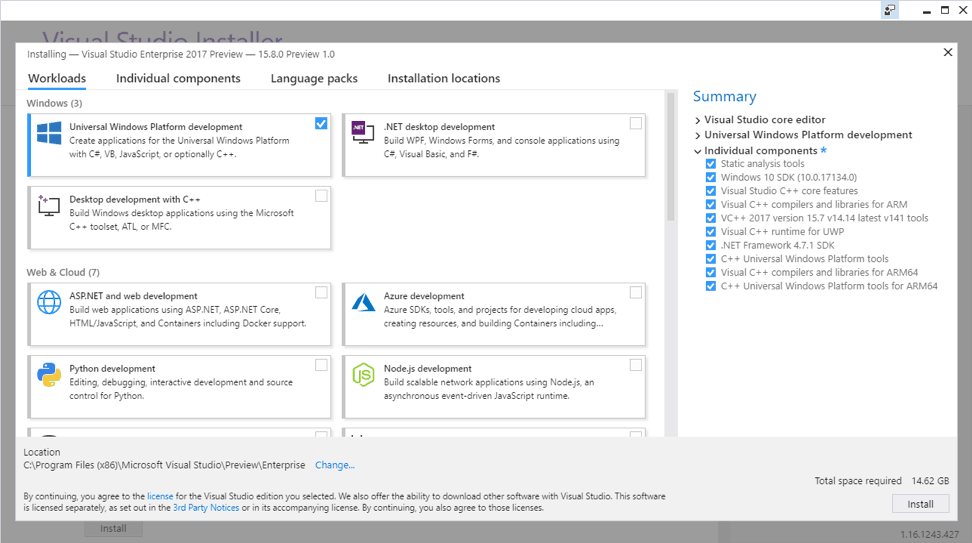 Yesterday, Microsoft announced at Build 2018 the release of Visual Studio 15.8 Preview 1, which introduces a new SDK and tools to encourage Windows 10 on ARM development. Indeed, developers can use these early preview tools to recompile their UWP and legacy Win32 apps for ARM64, which should led to a nice performance boost on Windows 10 on ARM PCs.

This will be especially important for Win32 apps, which currently use an x86 emulation layer to work on Windows 10 on ARM. However, Microsoft noted in the blog post that it has yet to accept submissions for ARM64 packages in the Microsoft Store

While the algorithms that make emulation possible are engineered to optimize performance, running your app natively allows your customers to get the most performance and capability from your app on this new category of devices. Since this is an early preview, there isn’t official support yet for the ARM64 apps built with these tools. You won’t be able to submit ARM64 packages to the Microsoft Store, though you can post preview versions of ARM64 Win32 apps to your website.

The latest Visual Studio preview can be downloaded on this page, and developers can learn more about how to build ARM64 apps on the Windows 10 on ARM development page.