Today at Build 2018, Microsoft’s Shilpa Ranganathan showcased the Your Phone app which was initially teased in the opening keynote yesterday, and we finally got to learn more details on how it is integrated with Windows 10.

According to Ranganathan, the entire experience will depend on the power of Microsoft Graph to leverage information about your identity and push that information between your Android phone to your Windows 10 PC.  There weren’t specifics on how the syncing works, but it was revealed that users will be in full control of the experience, and information won’t be synced to the cloud.

Ranganathan also said that Your Phone app is an inbox app that will ship with an upcoming release of Windows 10. The app will be accessible from the taskbar and will be a permanent destination for photos, text, notifications, and other workloads from your phone.

Photos in Your Phone

Thanks to the Microsoft Graph, the most recent text messages will be pulled to “Your Phone” on PC, as well as up to 25 most recent photos (which can be edited directly from the app.) Notifications will also be pushed out to the Windows 10 app and will be mapped to either a Windows App or a website, allowing users to open the notification for that content on their PC (seen below.) 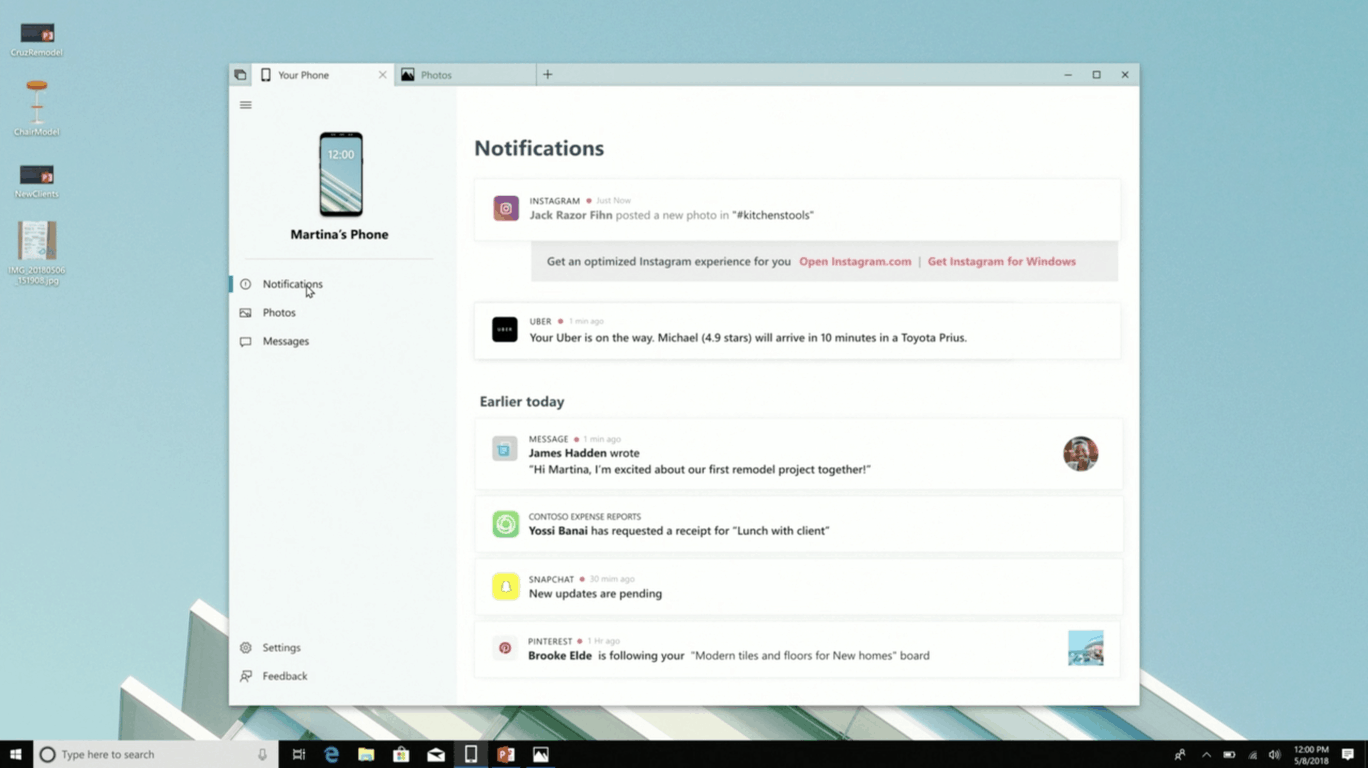 Notifications in Your Phone

There are still many unanswered questions here, including if there will be differences between Android and iOS smartphones. There’s also still no solid release date for the Your Phone feature just yet, so it may not ship with Redstone 5 later this year. As always, Windows Insiders will likely get to test this feature first, so be sure to keep tuned for more in the weeks ahead.