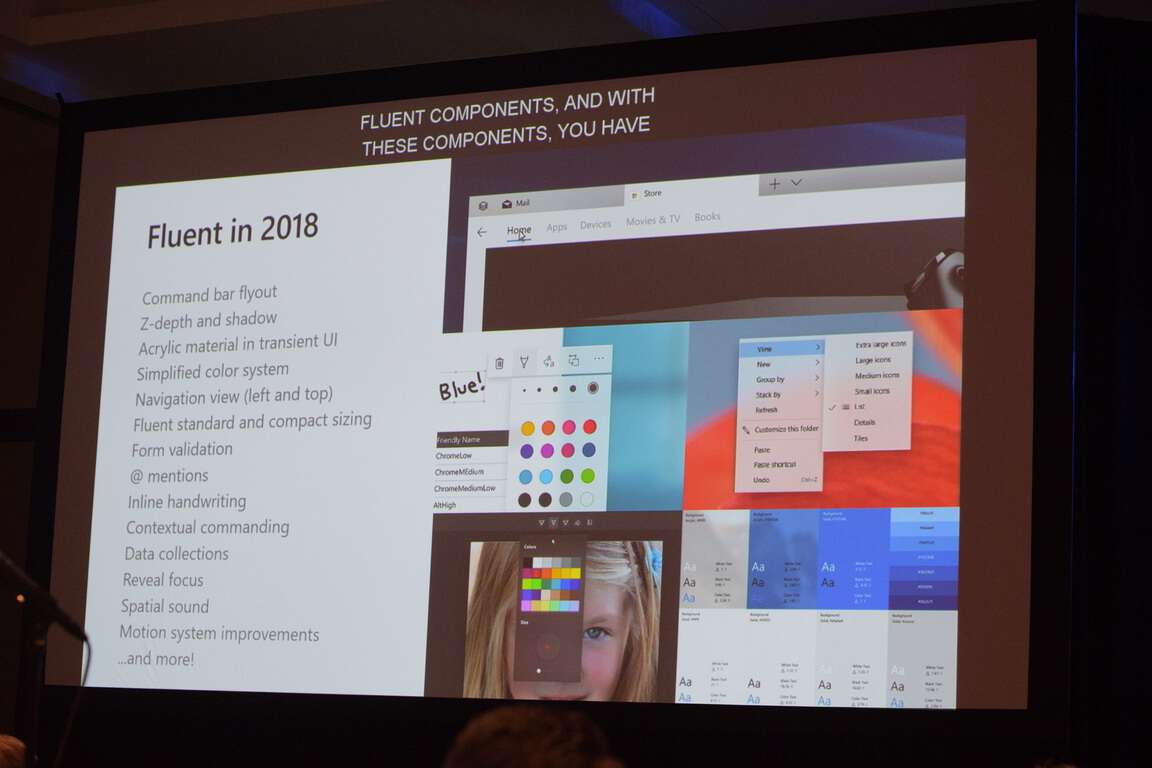 Yesterday, in one of the breakout sessions at Build 2018, Microsoft talked a little more about the future of Fluent Design in upcoming versions of Windows 10. The company detailed some of the improvements that will be coming to their modern design language in the next few months, showing the overall evolution developers can expect when implementing it into their apps (via Neowin.)

One of the key new elements of Fluent Design is an inline command bar flyout, which is meant to replace the ribbon at the top of the UI to show more tools and options. This was best showcased by Microsoft on OneNote, which is looking like it might get complete overhaul inspired by the new version of Fluent Design.

A second new element coming to Fluent Design is new z-depth depth and shadow effects, which enables developers to have new ways of managing colors inside apps. This is also meant to tie in with a new acrylic features for pop up menus, which should add more transparency inside of certain apps, as seen below.

Importantly, Microsoft is also helping developers in addressing a problem with the way in which current Fluent Design inspired UWP apps handle navigation. No longer will the back button be included at the top left side of the window, and it instead moves down lower down in the UI. This also is meant to be part of a new change where UWP apps are able to adapt between both compact and standard modes based on if a user is using touch or keyboard and mouse.

CONSISTENT BACK BUTTON. Microsoft says developers should no longer use the back button available in the titlebar. pic.twitter.com/Dr0LreccsP

There are a lot of other elements which are coming to Fluent Design, and we're certain you'll be hearing more about it in the next few weeks as they get added to Redstone 5 builds. Overall, it looks to be pretty promising, giving Windows 10 a much-needed touch of fresh paint. Microsoft should be uploading this Fluent Design session soon to the Build 2018 website, so be sure to keep tuned for more in the coming days.