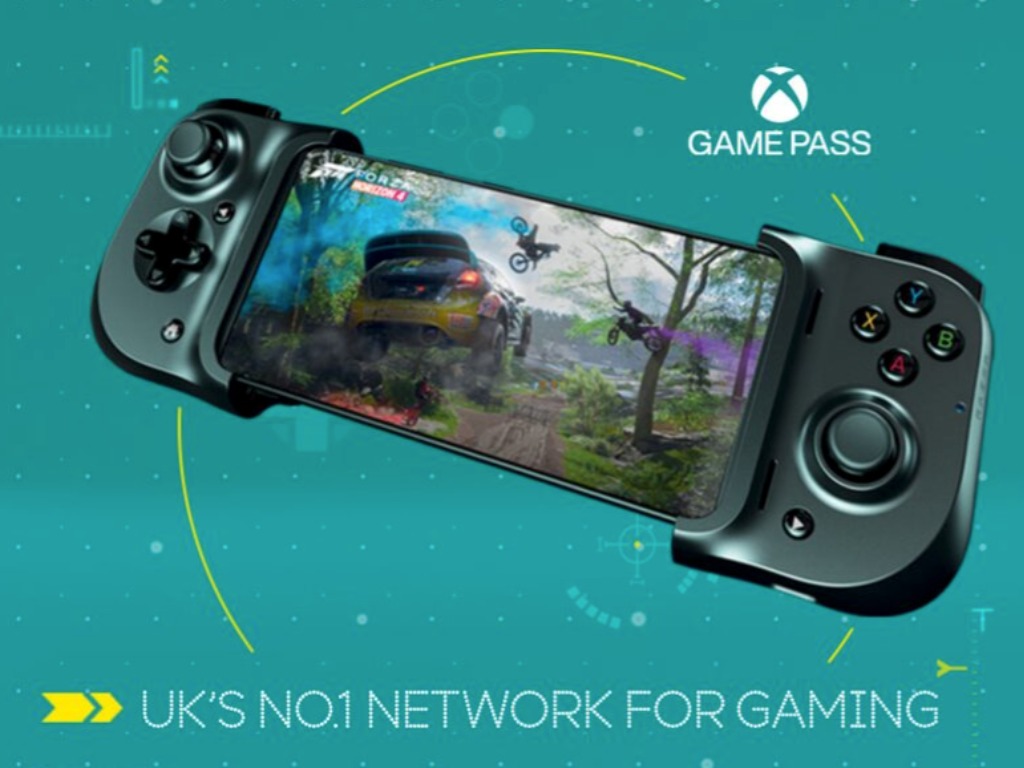 The British carrier EE has a new limited-time deal allowing customers to get one year of Xbox Game Pass Ultimate by purchasing select 5G-enabled Samsung Galaxy phones (via VGC). UK’s self-proclaimed “Number 1 network for Gaming” will offer this deal through May 13, and it looks to be a pretty great way to promote the carrier’s new 5G network.

EE will offer 12 month of Xbox Game Pass Ultimate with any Smart plan on the Samsung Galaxy S21 5G, S21+ 5G, S21 Ultra 5G, S20 FE 5G, and A52 5G, and you can learn more about the limited-time deal on this page. The carrier is also offering the Razer Kishi controller to use with a smartphone for £7 a month.

Microsoft previously teamed up with other carriers to promote its cloud gaming service. Last month, Swedish carrier Telia was the first European carrier to offer one month of Xbox Game Pass Ultimate to its customers. With Microsoft recently launching a limited beta of its Xbox Cloud Gaming service on iOS devices and PCs via the web, we're likely going to see more carriers getting on board in the coming months.

With Xbox Cloud Gaming, Microsoft is now on a journey to reach the 3 billion gamers across the world, and carriers are probably the best partners to help the software giant reach more gaming enthusiasts. During the Project xCloud private beta test that kicked off in fall 2019, Microsoft had also partnered with T-Mobile in the US, Vodafone in the UK, and SK-Telecom in South Korea to optimize the cloud gaming service on those carrier's 5G networks.

It's still early days for cloud gaming services, but Microsoft is doing some pretty unique things in that field such as the addition of customized touch controls for an increasing number of cloud-enabled Xbox games. Xbox Cloud Gaming is currently bundled for free with Xbox Game Pass Ultimate, but Microsoft could eventually make the service more accessible by introducing another Game Pass tier for gamers that don't own an Xbox or a PC.