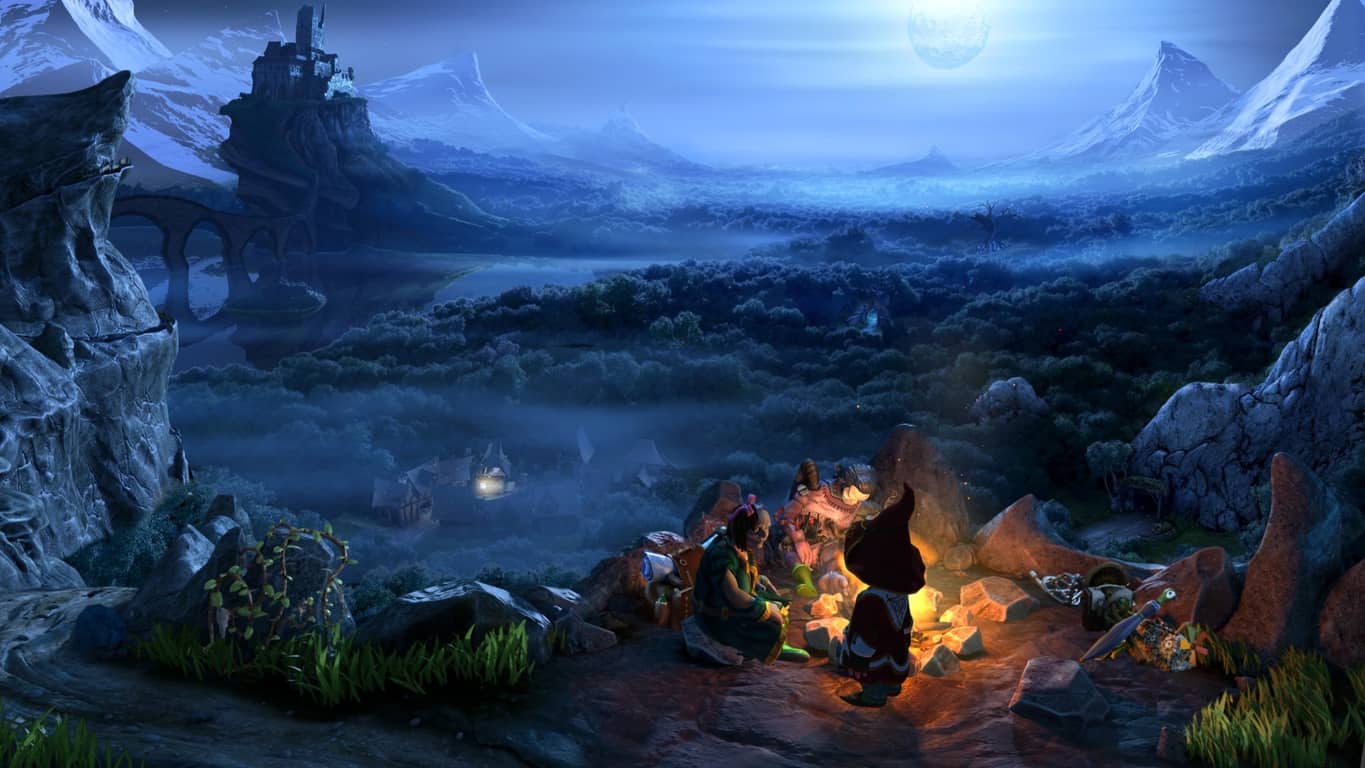 The Book of Unwritten Tales 2 is a beautifully crafted point and click adventure game that recently released for the Xbox One. The game is a spoof on fantasy worlds such as those described by Lord of the Rings, World of Warcraft and Discworld. The humor of the game is deliciously Meta, for example, the characters are sometimes aware they're in a game and talk directly to the gamer through the camera. The Book of Unwritten Tales 2 is the second game in an increasingly popular franchise and has been available on Steam since Feb. 2015.
This game was originally funded by a Kickstarter campaign. Check out the Kickstarter trailer below where two characters of the adventure describe the game and also provide an interesting behind the scenes look at what it takes to develop such a project.


The Book of Unwritten Tales 2 revolves around four protagonists; a gnome mage called Wilbur, adventurer Nate, Ivo the elf princess and a furry alien named Critter, all of whom travel around the fantasy land of Aventasia. The plot is hilariously obscure and involves beasts being magically turned into puppies and castles into dollhouses. The team must solve puzzles to find out what in the world is going on.
For those of you lucky enough to have downloaded the preview of Windows 10 for the Xbox One, you may be a little preoccupied with all the new features to have time to play this game. However, if you own an Xbox One and you're in the mood to play a witty fantasy game, this could be right up your street.

Purchase The Book of Unwritten Tales 2 for Xbox One

Import contacts from Outlook into the People app on Windows 10