Bombshell: Twitch superstar Ninja is going to stream exclusively on Mixer - OnMSFT.com Skip to content
We're hedging our bets! You can now follow OnMSFT.com on Mastadon or Tumblr! 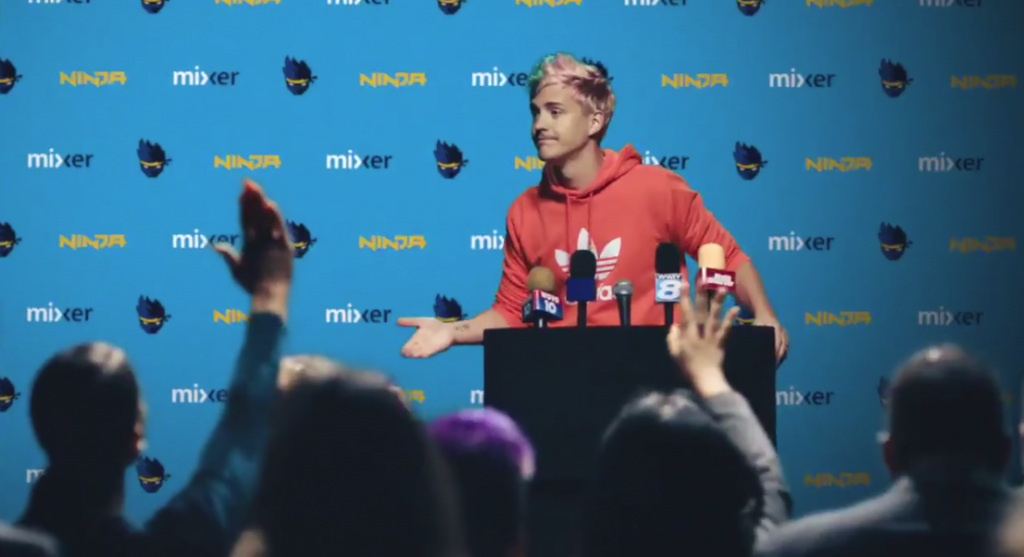 Tyler “Ninja” Blevins, the Twitch superstar with more than 14 million followers, will abandon the Amazon-owned platform to join Microsoft’s competing Mixer service. This was really unexpected considering that Mixer is currently lagging far behind Twitch, YouTube, and Facebook Live in terms of viewership.

“Ninja is going to be streaming exclusively on Mixer! We couldn’t be more hyped for this news and what it means for our community. We’re committed to building the best and most positive streaming community, as well as continuing to foster growth,” wrote Josh Stein, Social Lead at Mixer on the official Mixer Discord server.

It remains to be seen if Ninja will be able to bring over his massive Twitch community to Mixer, but this is definitely a bold bet from Microsoft. A couple of weeks ago, the company also managed to get Ray “Stallion83” Cox, the worldwide leader in Xbox achievements and Gamerscore, to leave Twitch for Mixer.

I'm leaving Twitch and starting a new on Mixer

This is my final Twitch broadcasthttps://t.co/TiNK3fg7c1

Microsoft probably paid both gaming personalities some big money to stream exclusively on Mixer and risk to alienate a part of their massive communities along the way. We hope this will pay off for everyone involved, but this is definitely a big vote of confidence for Mixer at a time when it seems the platform might never catch up to its competitors.