Disney Magic Kingdoms is set to get a new Star Wars event this week, this time focusing on content inspired by the second season of The Mandalorian.

The event, called The Mandalorian Season 2, is set to begin later this week on November 11th and will give players the chance to unlock Boba Fett and Fennec Shand by completing a number of tasks that are set to run until the 20th. Fan-favorite Star Wars character, Ahsoka Tano, will also be added to the game as a premium character that can be purchased with gems, Disney Magic Kingdom’s in-game currency.

The update for the event is set to begin rolling out to Windows, iOS, and Android players sometime over the next 24 hours to give everyone a chance to prepare for the event tasks which often require as much time as possible to complete.

Full details on the app update and the event can be read in the release notes here and in the special livestream embedded below.

What’s rather cool about this event is that it’ll mark the second time a character portrayed by Ming-Na Wen has been added to Disney Magic Kingdoms. In addition to Fennec Shand, Mulan is also available to unlock.

Do you play Disney Magic Kingdoms? Let us know which character you’re excited to unlock next in the comments below and then follow us on Twitter and Facebook for more Windows app news. 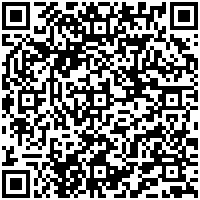