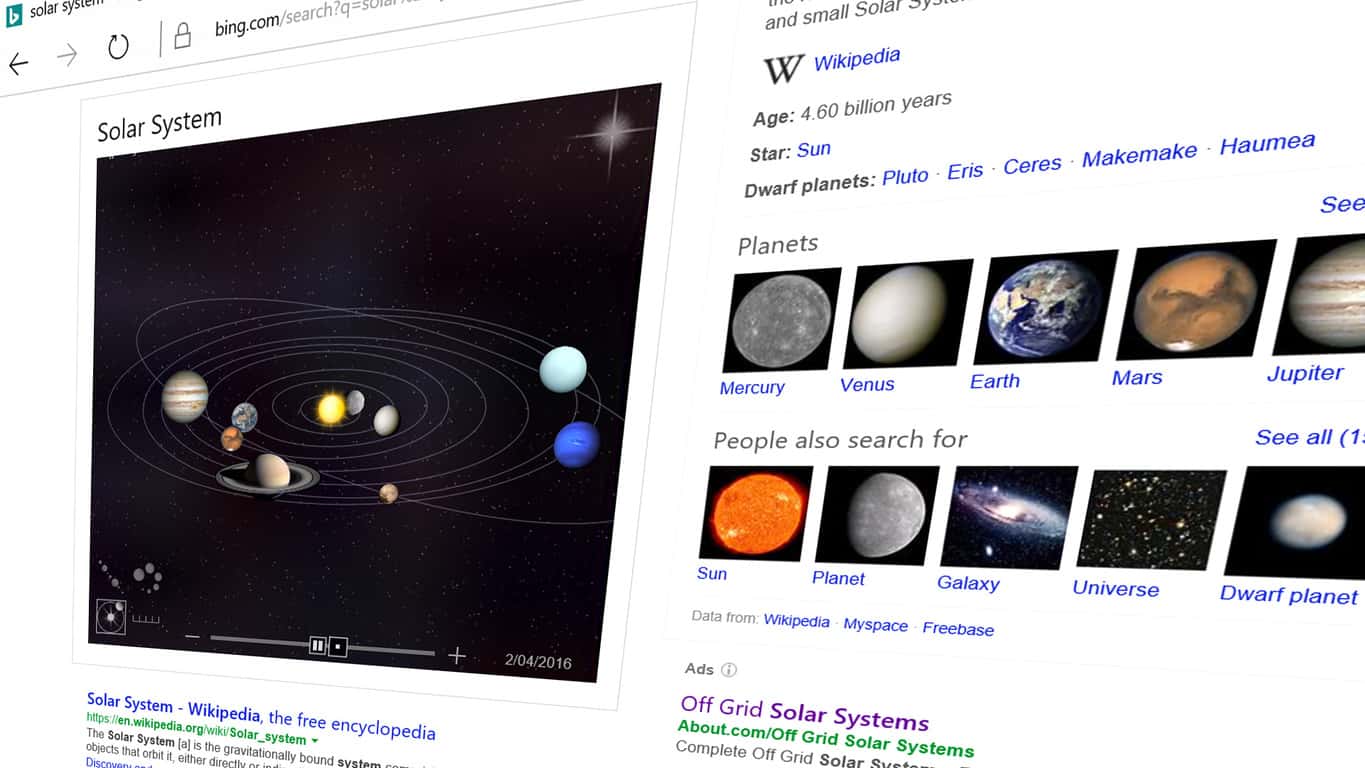 While Google is often credited with using creative ideas to make their homepage more colorful and interactive, Bing users have long been enjoying Microsoft’s own unique interpretations of how they think a search engine’s splash page can engage visitors.

To celebrate a recent total solar eclipse that was viewable from Southeast Asia, Microsoft’s Bing developers launched a new feature on the search engine where any users who typed in “solar system” would be presented with an interactive diagram of, well, the solar system.

In a post on the official Bing blog, the team reveals that this feature was inspired by how people were using the site. “We noticed that people were searching for queries related to the Solar System and information around it such as ‘how far is the sun from the earth?’”, they explain. “We also found that many wanted to see the planets in order of distance from the sun, in order of size, and shown at distance to-scale. Now, a search for ‘solar system’ gets the animated, interactive answer we developed and you get answers to all the above questions. You can hover over individual planets to see their orbits, get details about that planet, and clicking on a planet will take you to the Bing search page for that planet.”

Bing isn’t just displaying visualizations of the solar system though. The search engine has also launched visual results for searches related to the periodic table and periodic elements. A simple search for “periodic table” will activate the interactive Bing Periodic Table for example, which displays information such as boiling and freezing points, orbital structures, dates of discovery, and densities of different elements while clicking on specific parts of the table will render in-depth details and images related to each element.