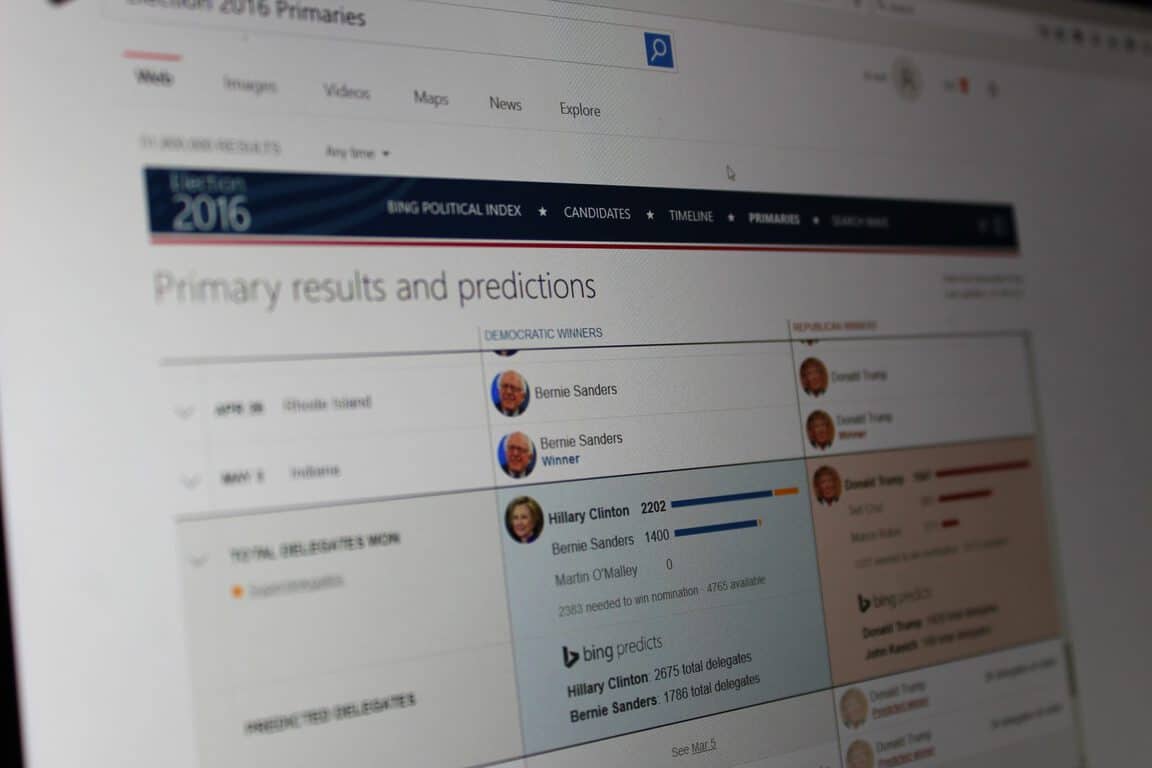 With Republican candidate Ted Cruz dropping out of the U.S. Presidential race, and with reports indicating that Republican John Kasich will do the same, the U.S. Presidential race is no doubt taking a dramatic turn. There are, however, many primaries left to go on the election calendar, so it is still important for voters to understand where candidates stand on certain issues. Thankfully, the folks over at Bing have just enhanced the Bing Political Index to help them accomplish this.

With the new Bing Political Index (BPI) voters can now view the collective ideals of the population of each state regarding the top 10 political issues. Voters will also be able to compare themselves with not just each candidate, but also with each state.

An example of the enhanced BPI

In the case of the New York State primary, where Hillary Clinton defeated Bernie Sanders, an example of the enhanced BPI can be seen above. Here, the BPI tied together New York State and the candidates in the context of issue stances.

An example of the enhanced BPI

Additionally, and as seen above, in the updated enhanced BPI, results can be viewed on a map to demonstrate how each states’ view has changed over time in relation to the rest of the US public. It is worth noting, though, that there are additional features of the Bing Elections experience, such as the Search Wave, which lets you explore seven days worth of search trends around a candidate.

So, what are your thoughts on the enhanced BPI? Have you went out to vote, or checked out the Bing elections experience? Let us know your thoughts by dropping us a comment below!