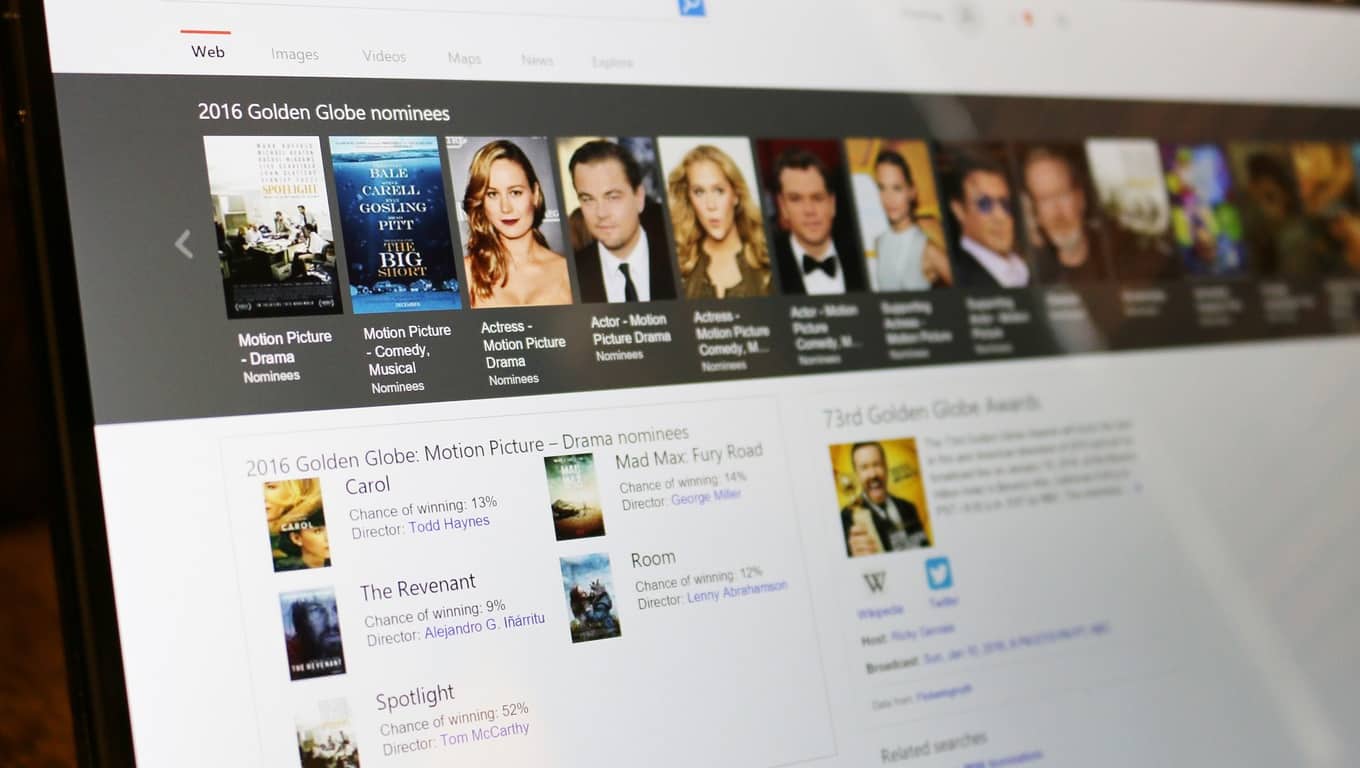 The Bing Predicts team is ready for the awards season and has announced their predictions for Golden Globe Winners in 14 categories. Bing predicts currently boasts an 83% accuracy with their previous Golden Globe predictions, so if you are in an office pool for picking the awards that will be handed out this Sunday, today’s list of predictions might be worth looking over for a more educated guess (and a better chance to nab some cash).

Here is the full list of Bing Predicts’ picks for the Golden Globes:

To see all of the nominees and a breakdown of Bing’s predictions, you can view their interactive carousel here.

The Bing Predicts team will also be continuing their tradition of offering predictions for the upcoming Grammys and Academy Awards next month. The team is offering the chance to share your own predictions with them either on twitter at @Bing with the hashtag #GoldenGlobes, or on their uservoice page Bing Listens.

What do you think of the Bing Predicts team’s picks for this year’s Golden Globes? Which ones do you think they have in the bag or which one might they be far off base on? Let us know in the comments section below.