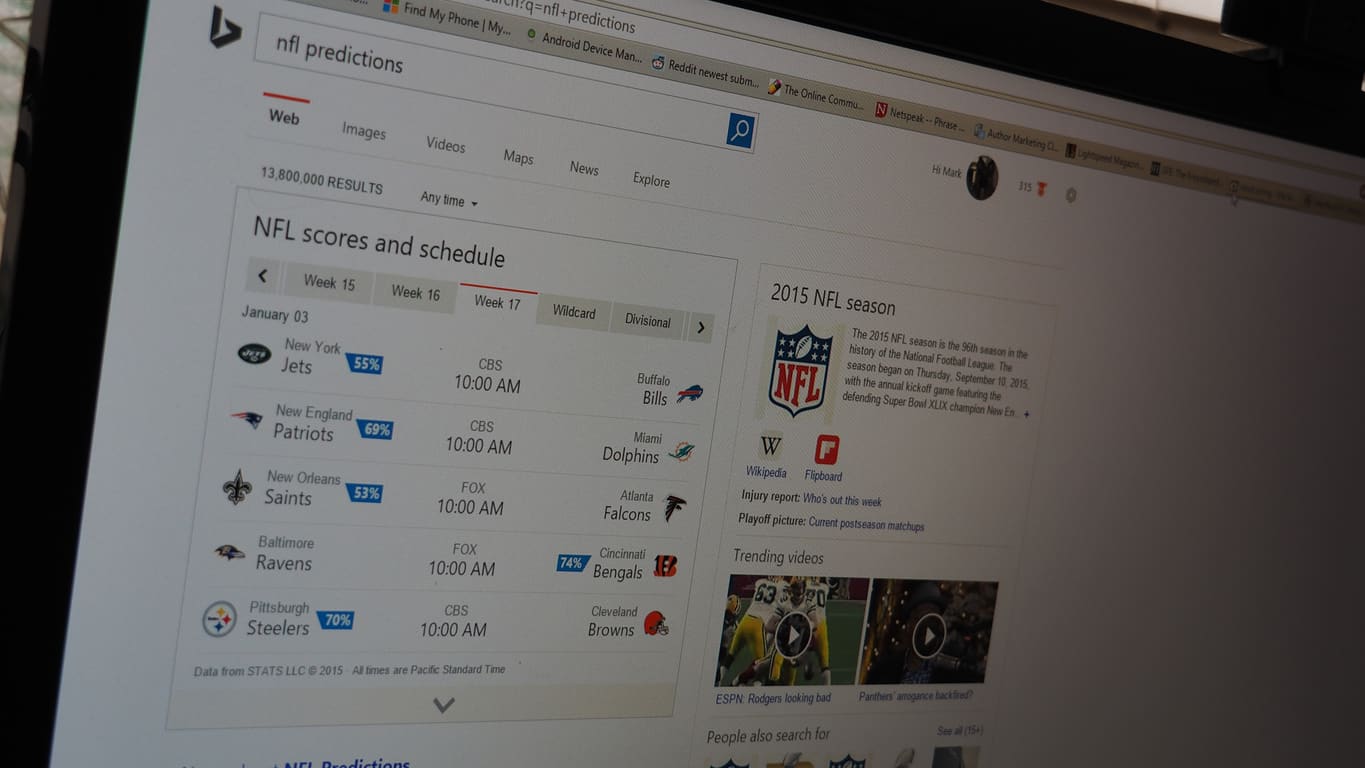 Well, the NFL regular season is coming to a close, with only one game left before the playoffs. Bing Predicts notched a 10-6 record for the week, which is solid, while moving its season record to 152-88.
For the most part, the playoff picture is set, with Week 17 to determine who plays who and where. Indianapolis Colts fans will be rubbing their lucky rabbits' feet and hoping that all kinds of things happen for the pre-season Super Bowl pick to make the playoffs at all. Carolina, Pittsburgh, and Seattle also tripped over themselves in Week 16, further muddying the overall playoff picture.
Here's what Bing Predicts expects to happen in Week 17:


Next is the playoffs, and then the Super Bowl. Bing Predicts was impressive overall this season, and we're looking forward to seeing the machine intelligence's pick for Super Bowl champion.

Apple is still US market cap leader, but Microsoft and Google are catching up