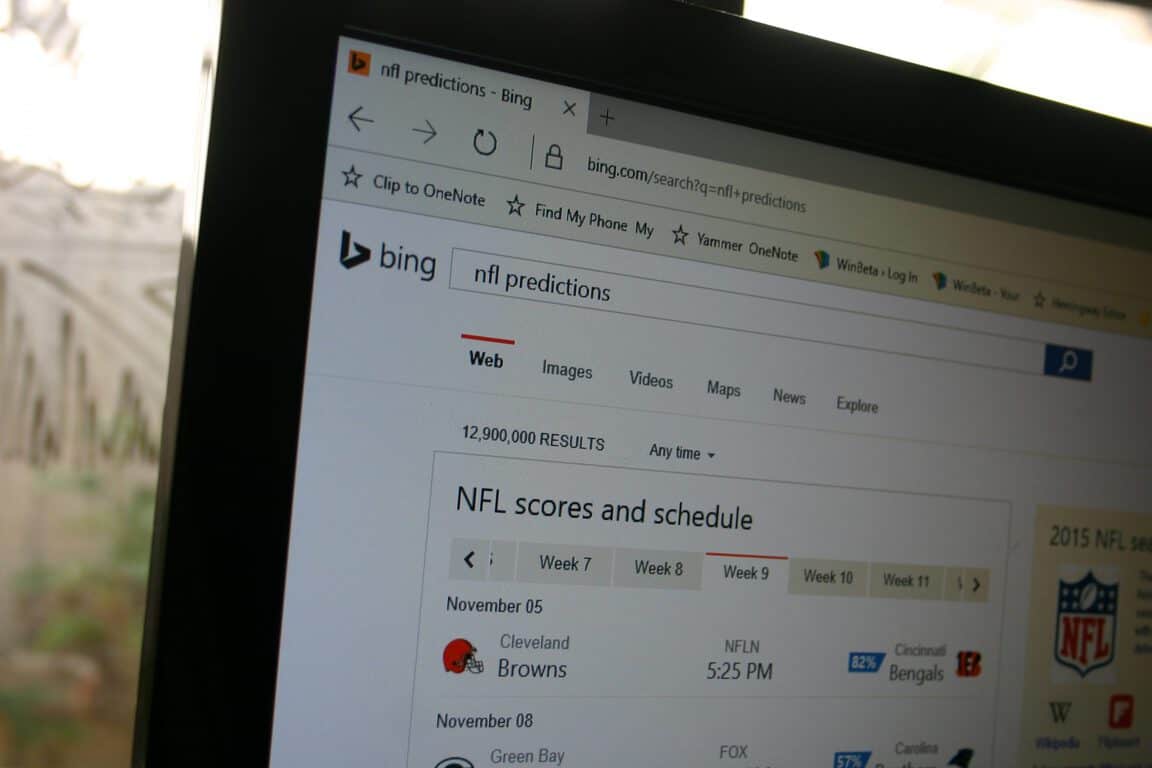 Bing Predicts has had its ups and downs in predicting NFL games, no doubt about it. No matter how you slice it, though, the machine intelligence just killed it in Week 8, correctly predicting 13 out of 14 contests.

Only Atlanta performed contrary to how Bing Predicts anticipated, losing to Tampa Bay. Otherwise, Bing was spot-on, including some upset predictions:

• Denver, whose defense kept Green Bay until 100 yards passing
• Oakland, whose offense put up 34 points against a tough New York defense
• Minnesota, whose kicker provided the difference with a game ending field goal

Way to go, Bing! For the record, Bing Predicts is now a remarkable 80-39 on the year in the NFL.

In other news, Bing Predicts successfully picked The Kansas City Royals to win the World Series, albeit in six games compared to the Royals’ managing to take the series in five.

Bing Predicts is a bookmaker’s best friend, it seems. Vegas must keep their Bing pages front and center as the bets are made.