Bing Maps just took two features it has previously offered separately and mashed them together for a convenient user-friendly tool to help guide them from point A to point B.

Starting today, Bing Map users will now be able to toggle a setting that enables colored mapping of traffic along routes destinations.

Similar to Google Maps and a previous iteration in Bing Maps, users will be able to chart courses based on the typical red, orange, green traffic legend of congestions but now, users will be able to select several options that overlay color schemes that take into consideration additional information such as travel mode, distance, and time of each route.

While blue means no traffic delays, the orange and red colors highlight moderate to heavy traffic delays on the route. These are calculated based on a combination of current traffic updates and predictions from historic data depending on the length of the route.

Traffic coloring not only helps you select the best route for your trip, but can also be very useful when there are major traffic delays due to inclement weather, big events, accidents, or road construction nearby. For example, if there is an MLB or NFL game in town, you can avoid the most impacted roads near the event and choose an option that offers the least delays.

In areas where directions traverse different landscape types such as rivers or lakes, Bing Maps is also including additional visualizations to signal a differentiation for sections of a trip. 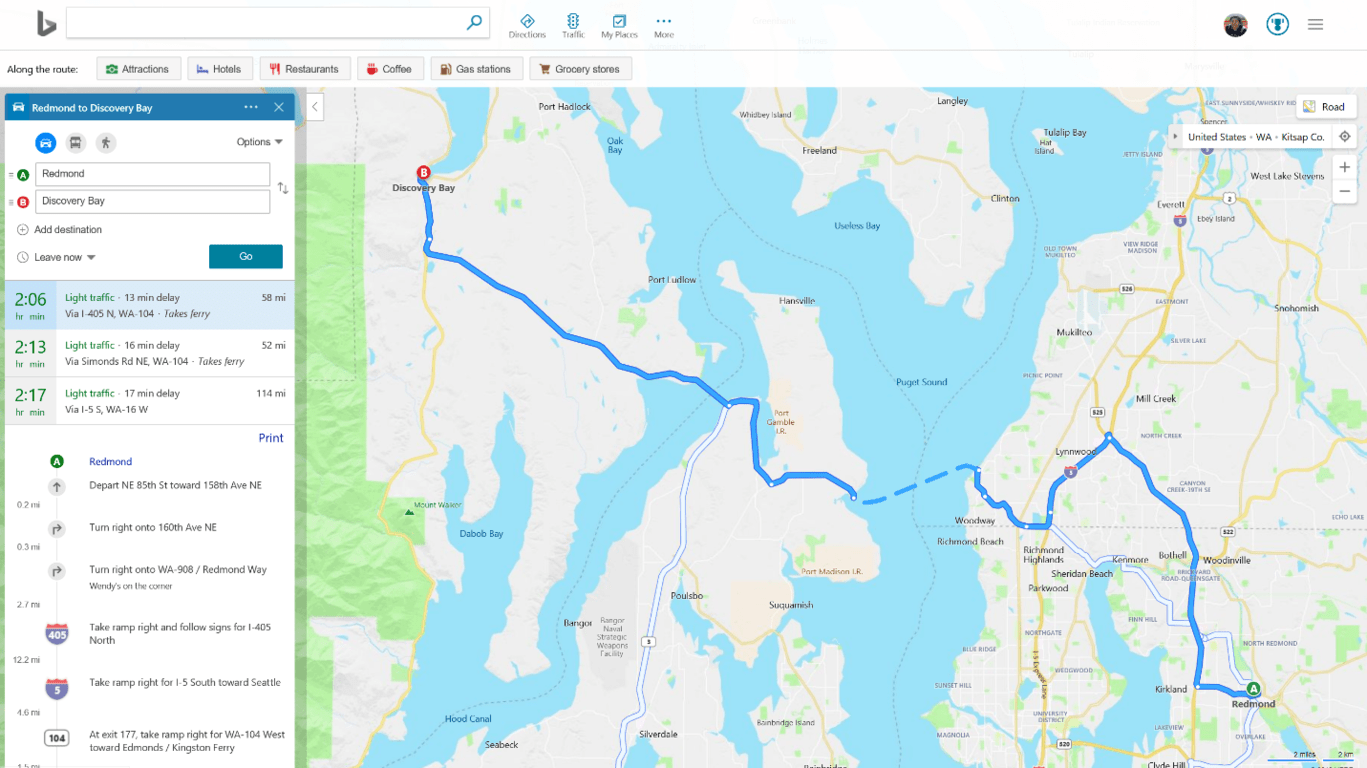 The Bing Maps improvements signal a continued effort by Microsoft to offer feature parity to users on Windows 10 devices as well as the benefits of the teams work with the open source community.

How to sync your Windows clipboard contents across your devices