Microsoft has quietly released an update to its Bing search engine. The update is fairly minor, however, does provide subtle improvements and a new feature.

Now, when using Bing's image search feature, the Tools menu which allows you to filter images by size, type, colour, etc, has been moved to the right and renamed to 'Filter'. Once clicked, it dropsdown the usual options:

A new feature has also appeared, known as Image Feed, which replaces where Tools originally used to be placed. Image Feed allows you to choose a feed of images to look at, such as Valentine's day images: 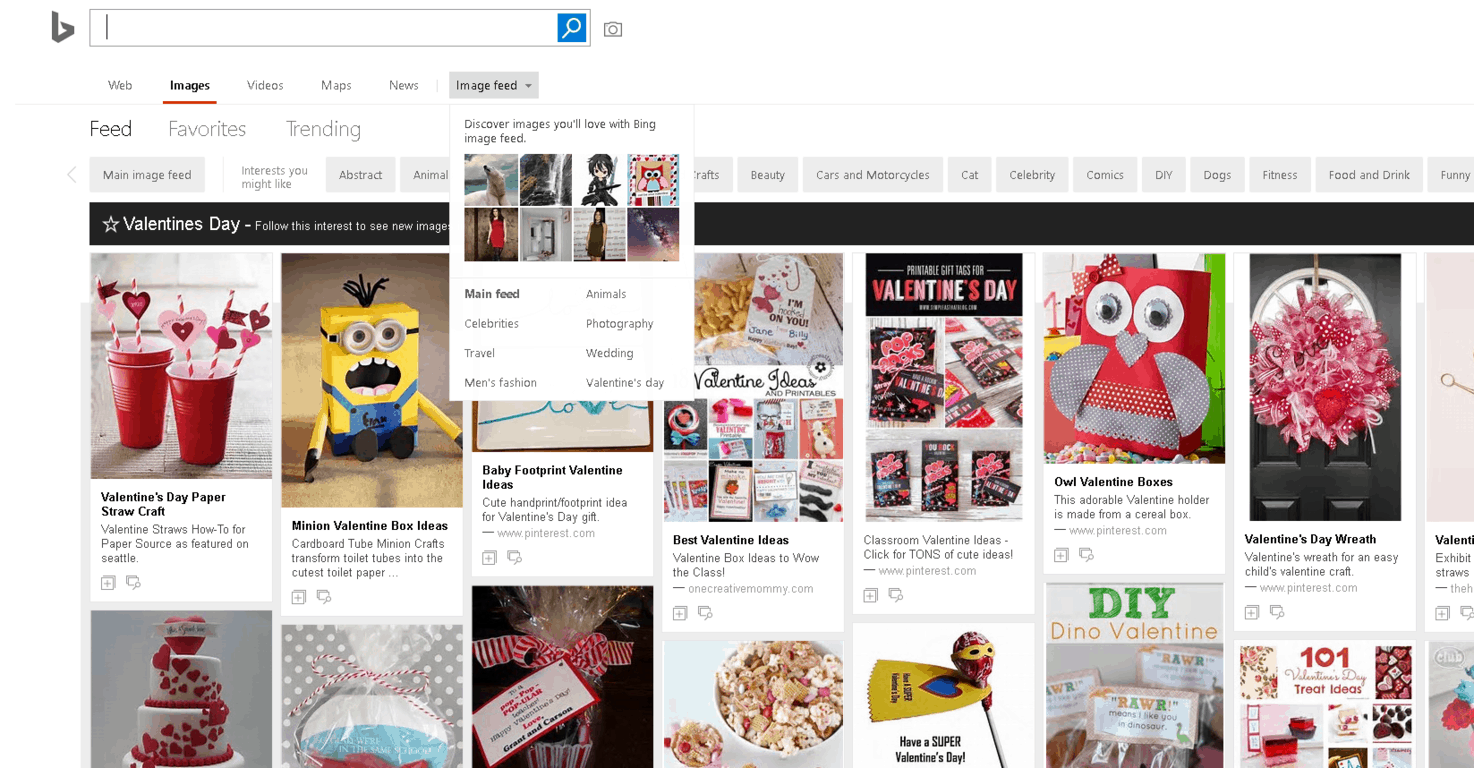 When selecting an image feed to look at, it allows you to follow it as an 'interest', so that you can see new images in a feed.

Your personalised image feed can be accessed here. By the looks of it, it appears as though Bing's new image feed is taking a hit at Pinterest - bringing all the images you could want into one place via a feed, in similar fashion to Pinterest.

Let us know in the comments what you think of these subtle changes!