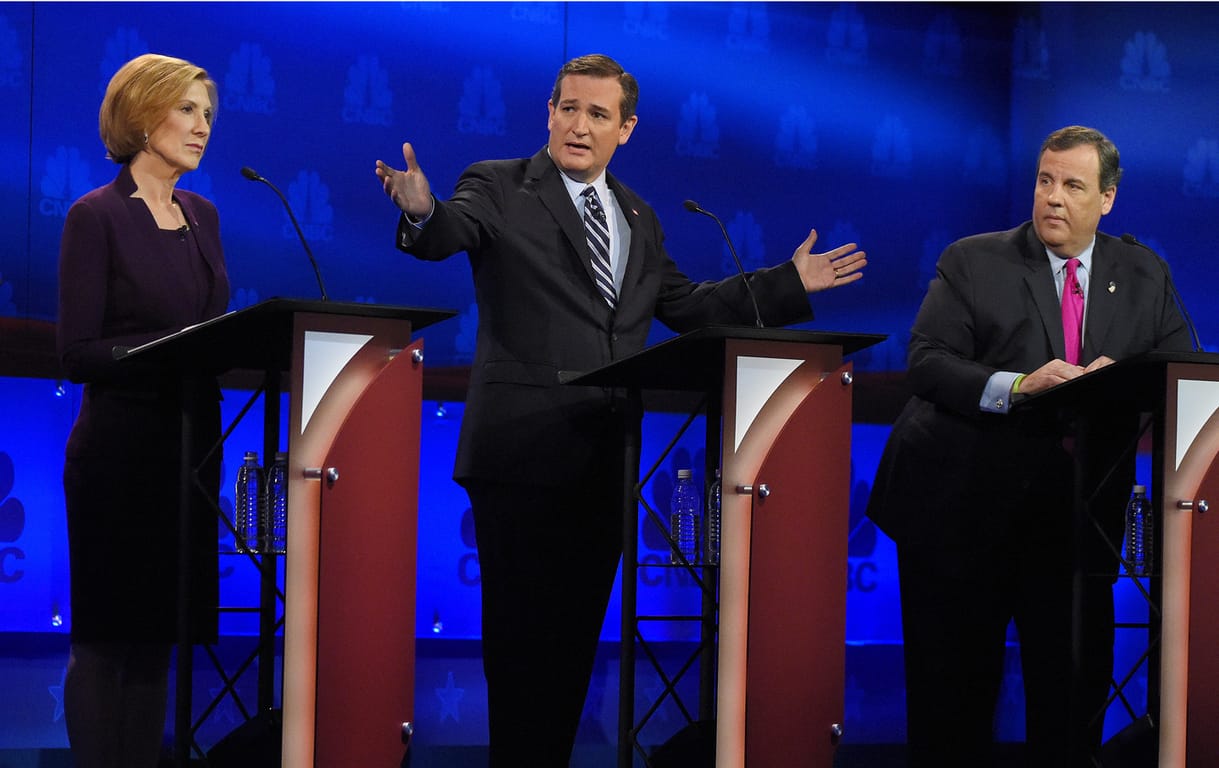 Last night was big for the Grand Old Party (GOP) here in the US.  Republican presidential candidates held their fifth, and final debate of 2015, and Microsoft’s Bing Insights tracked all the highs and lows of the nights’ discussion.
Microsoft announced its Bing Elections experience recently as a way for those interested in gathering information on the US presidential candidates and the issues they are attempting to address during their campaigns. To paint a simple yet comprehensive canvas for this election cycle, Microsoft is also paring its Bing Election experience with its Bing Predicts technology to gauge public reactions to last night’s debate.
Bing Predicts technology also powers the Bing Political Index as well and the information gathered from last night’s discussion is an aggregation of anonymous and unbiased (as much as possible) view of how the web reacted to questions and answers from the Republican debate.

Based on Bing’s Insights, the highest trending topic the web responded to during the discussions dealt with Foreign Policy and the discussion of Homeland Security in the US. The public also responded to the debate about the Middle East and Afghanistan followed by US Immigration policy. As the world was recently rocked by terrorist attacks in Paris and the localized threat in the US, Bing Insights reflected much of the talking points during the debate, as Republican candidates struggled to come up solutions to future threats.
Another metric Bing Insights covered was how well candidates were trending about each other. Early on, it appears most candidates were all on a relatively equal playing field as they attempted to gain footing in the debate. However, as the night continued, Ted Cruz, Donald Trump, Ben Carson began to rise with late comer Jeb Bush leading the popularity charge. 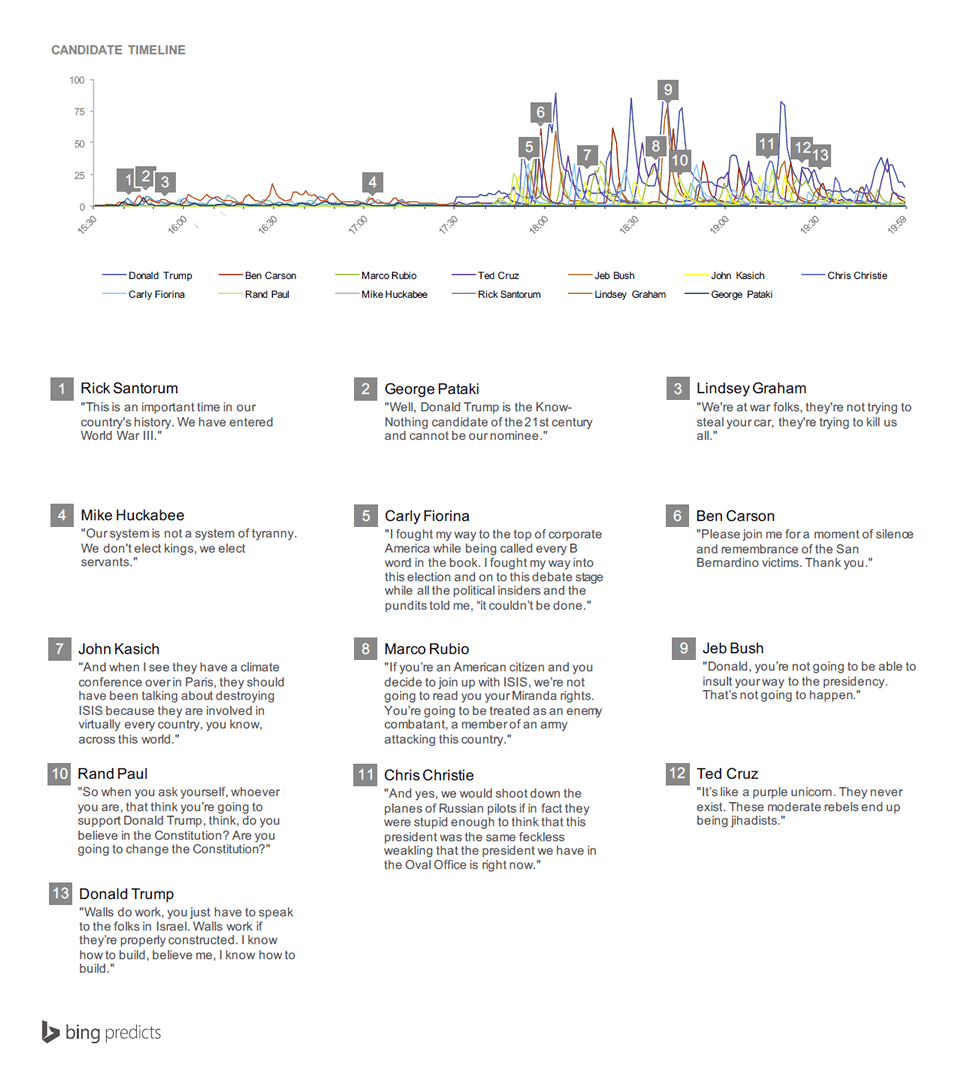 Bing Insights also managed to break down the percentage share of tweets attributed to candidates during the debate.

Donald Trump led the group with 29.3% share, which is consistent with his top share in three of the four prior debates, while Jeb Bush rose to third with 9.2%, behind Ted Cruz on 12.5%.”

The breakdown goes even further into mentions and volume of interest for each politician in regards to the top three trending issues of the debate. 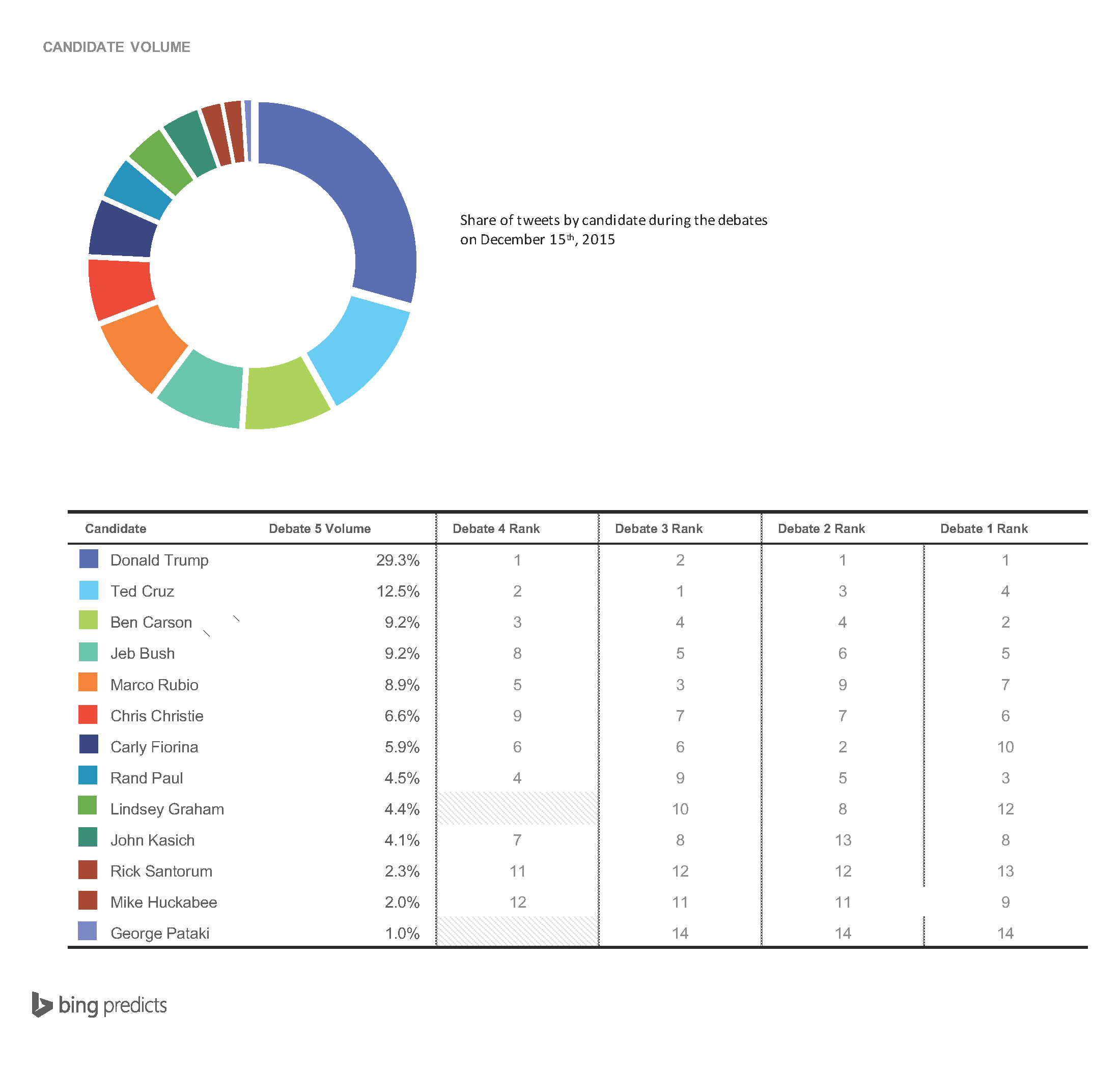 Obviously, the Republican debate was a bit more nuanced than what’s being presented here, but for the casually interested, Bing Insights does a remarkable job of summarization. Again, Bing Insights is a small tool that can be used in conjunction with other Bing related projects such as Bing’s Election experience, to help sort out the seemingly convoluted mess that is US politics this election race.