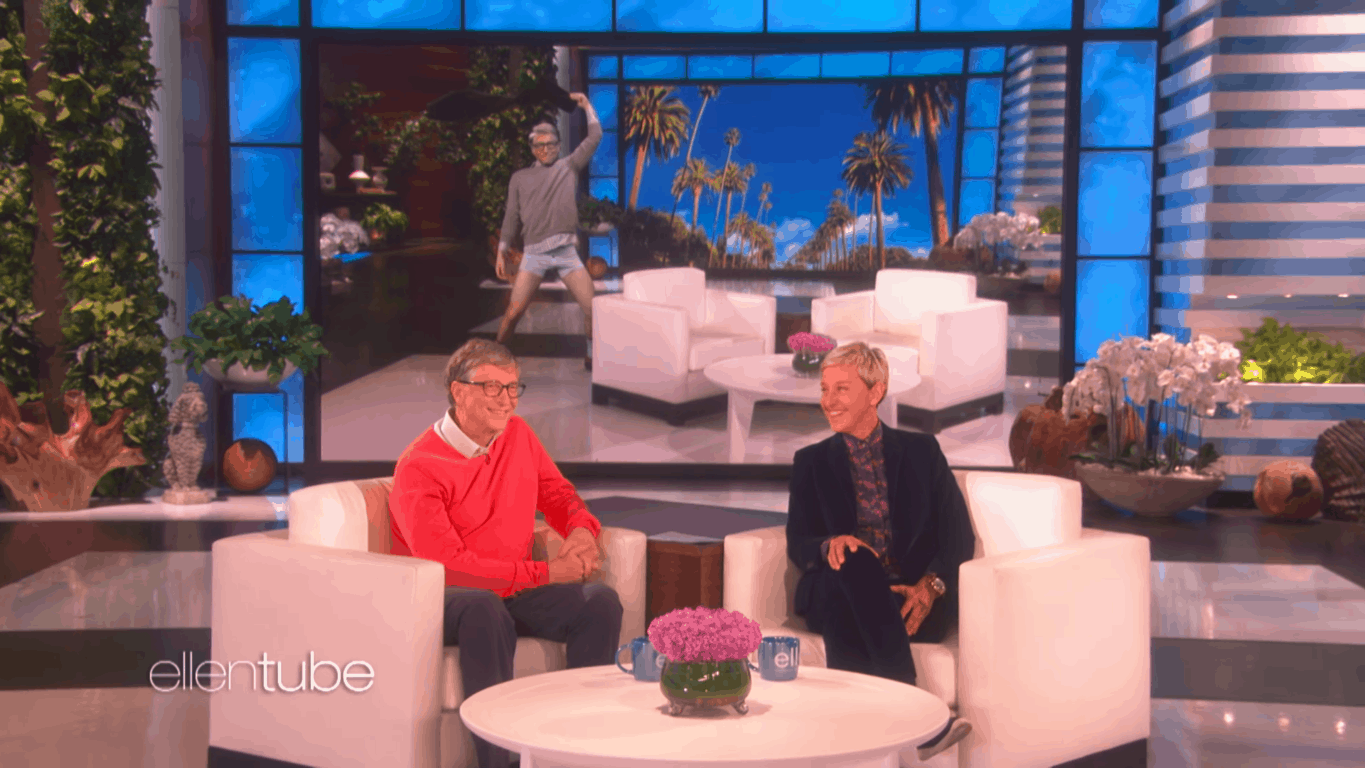 Bill Gates has been on plenty of adventures ever since he stepped away from his deep involvement at Microsoft. He previously received the Presidential Medal of Freedom, has been pushing an education agenda, and will even show up on an episode of the Big Bang Theory. In the latest stop on his media tour, Bill Gates appeared on the Ellen Show. The billionaire is briefly caught dancing in one segment and is later tasked with guessing grocery store prices.

In the first portion (seen below) Bill Gates sits down with Ellen to discuss his life and his career. The Microsoft co-founder talked about how he became a young billionaire, his love for software, and the current work he is doing with the Bill & Melinda Gates Foundation. He even discussed how stunned he was that his software became so valuable, and briefly touches on how he saves his money. You also can see him dance to begin the segment, though we are sure it is likely just a stunt double.

The second portion of the Bill Gates segment is much more fun. Ellen tasks the billionaire with guessing the prices on five everyday items that can be found in the supermarket. Bill Gates struggles at first and jokes about the prices, but manages to correctly guesses the prices on the last three items. And, because Bill got three items right, everyone in the audience ended up going home with tickets to attend the Ellen Show 12 Days of Giveaways later this year.

This is definitely a fun appearance, and we're looking forward to seeing which popular shows the Microsoft co-founder will end up next. We're also hoping we might be his Reddit Secret Santa this year---but that's just us. Do you have a favorite Bill Gates moment? Let us know your thoughts in the comments below.

Poll: What do you use for your computing needs?