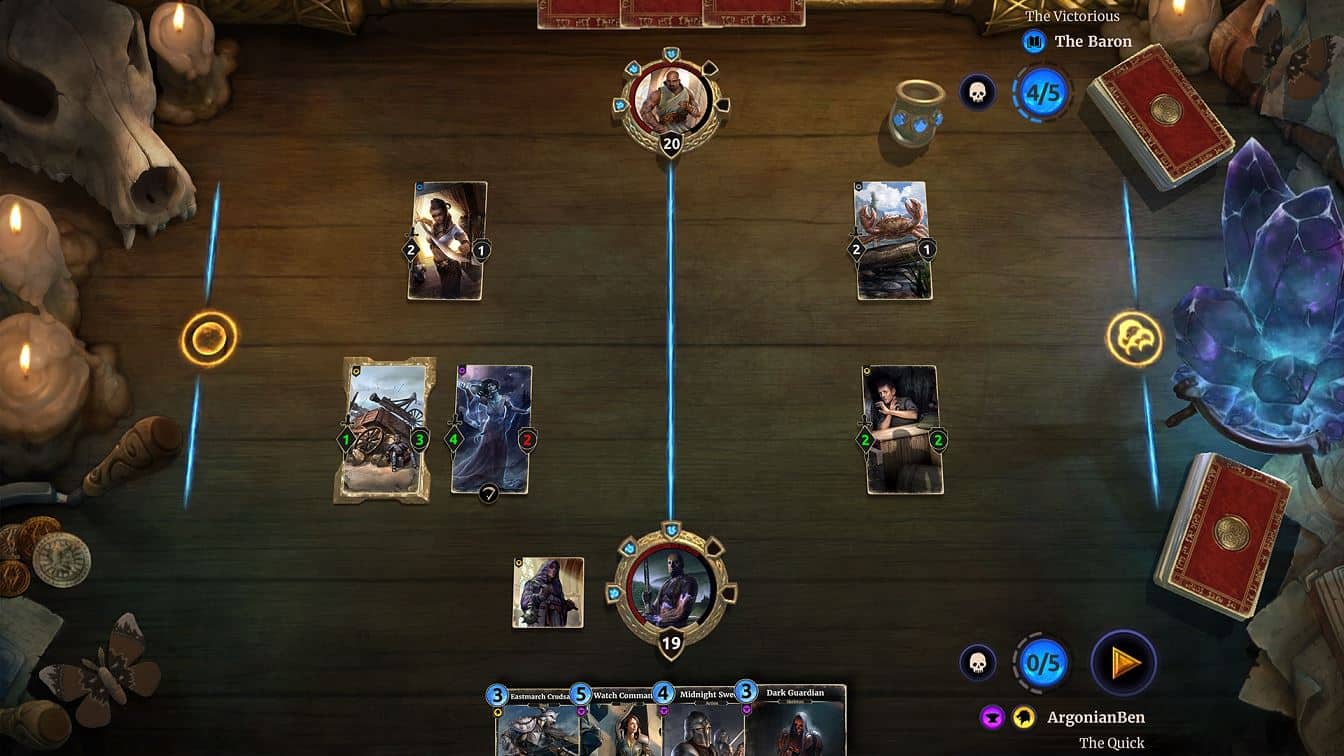 Could one big game publisher manage to push Sony to change its stance about crossplay multiplayer? Well, we should get the answer soon as Bethesda, the company behind many popular video games franchises such as Wolfenstein, Fallout and The Elder Scrolls, is saying that all versions of its collectible card game The Elder Scrolls Legend need to support cross-platform play and cross-platform progress.

Speaking with Game Informer at this year’s QuakeCon convention, Pete Hines, Bethesda’s senior vice president of global marketing and communications, said that the publisher wouldn’t allow any exception to that rule, especially for consoles versions of the game. The Elder Scrolls: Legend is already available on Windows, macOS, iOS and Android, and it should be released on Xbox One, Playstation 4 and Nintendo Switch later this year.

Because it’s a collectible card game, gamers on all platforms should be playing on the same level, with no clear advantage for PC gamers playing with mouse and keyboard. “There’s no ‘Oh, it’s easier to control, or it has a better framerate on this system.’ It’s a strategy card game. It doesn’t matter,” said Hines.

As you may know, Sony has been facing a lot of criticism after refusing to enable crossplay on popular games such as Fortnite and Minecraft, but Hines made it clear (without explicitly mentioning Sony) that the company won’t let any platform owner compromise its cross-platform vision for the game. “We continue to talk to all of our platform partners,” Hines added. “But those [terms] are essentially non-negotiable.  We can’t be talking about one version of Legends, where you take your progress with you, and another version where you stay within that ecosystem or its walled off from everything else. That is counter to what the game has been about.”

It remains to be seen if Sony will finally allow Playstation 4 players play a video games with other players on Xbox One and Nintendo Switch. The Japanese company managed to get through its previous Fortnite bad buzz without too much damage, but change may eventually become inevitable as more video game publishers stand up to support crossplay, with the backing of more and more frustrated PS4 gamers.