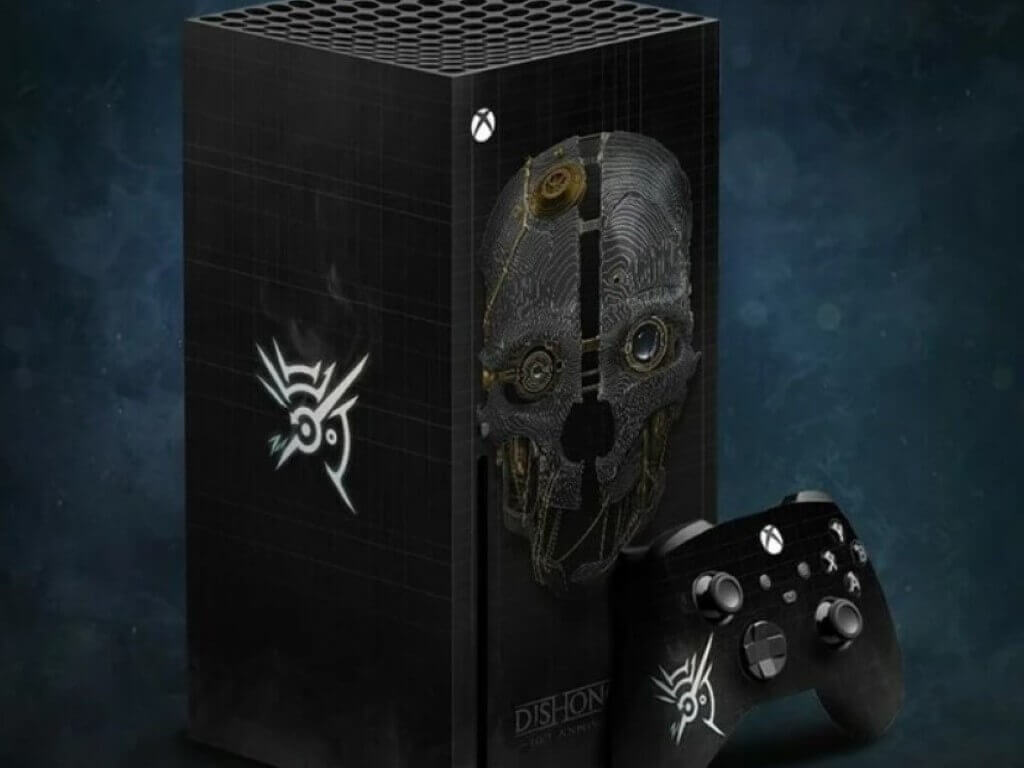 Few video game franchises have made more of an impact over the course of the last decade than Dishonored. From Bethesda and Arkane Studios, the first-person stealth action series celebrates its tenth anniversary this month. And to mark the occasion Bethesda is giving away a custom Dishonored 10th anniversary Xbox Series X.

Let's celebrate #Dishonored10 with a giveaway!

Tell us your favorite Dishonored memory using #Dishonored10 and #BethesdaGiveaway for your chance to win a custom Xbox Series X.

You won't find this in stores, so the contest is your only chance to get your hands on it. The giveaway runs through October 23, when the winner will receive a DM via Twitter. The official rules can be found through the link included in the tweet.

In a bit of Dishonored side news, it has been reported that Arkane's most recent game, Deathloop, is set within the same universe as the Dishonored games. The studio's next effort will be the upcoming open-world shooter Redfall.