For any gamers looking to add the Xbox One to their collection, Best Buy is offering a nice deal for new Xbox One bundles. One thing that many gamers purchase with a new console is an extra controller for friends and/or family to play with in multiple-player or co-op games.

Best Buy has just the ticket for those Xbox One owners, as the retail chain is now offering the Midnight Forces Xbox One Controller for free with any qualifying Xbox One Bundle, including models like the Elite, Gears of War  and Halo 5 edition consoles. 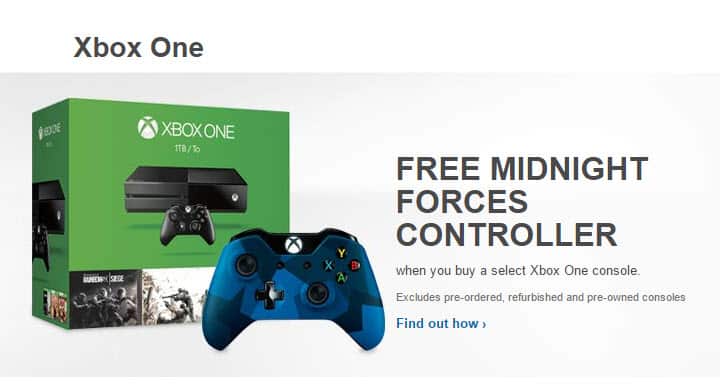 The controller is the latest updated model, featuring a 3.5mm headphone jack and is covered in an artistic blue/dark blue pattern. There isn’t any word on when this deal ends, but it’s better to act sooner than later or risk missing out. If you’ve been waiting for some extra goodies for your new Xbox One, now might be the time to join the club.