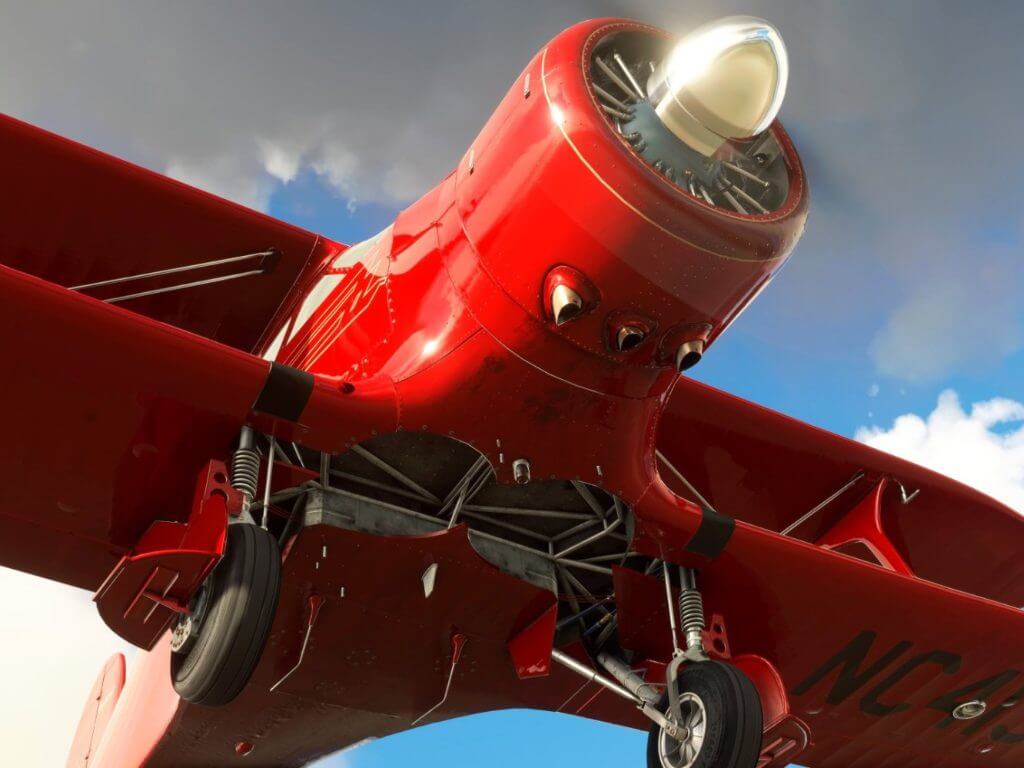 It's been a big week if you're a fan of Microsoft Flight Simulator 2020, as it is now on Xbox Cloud Gaming, but things are getting even better. Just announced is the release of the Beechcraft Model 17 Staggerwing, which is the first part of the new Famous Flyers series in the hit simulator.

For those who aren't aviation experts, this new aircraft is a biplane that first served business executives in 1932. There were a total of 785 produced, and the unique design of this aircraft means that the lower wing is forward of the upper wing, for better performance. The aircraft can hit 240 miles per hour and has a range of 670 miles, with a climb rate of 1,500 feet per minute. Here's how the folks at Microsoft Flight Simulator describe the Beechcraft.

The Model 17 features a cockpit sleekly blended with the fuselage between its two wings, a standard undercarriage, and a traditional tail unit. It measures 26 feet, 10 inches in length, has a wingspan of 32 feet, and has seating for up to four, including the pilot. It is powered by a single Pratt & Whitney R-985-AN-1 9-cylinder Wasp Junior radial engine that produces up to 450 horsepower.

If all that has caught your attention, you can buy the aircraft today in the Microsoft Flight Simulator marketplace for $15. As a reminder, the simulator is available as a stand-alone version, or you can play for free through Xbox Game Pass on Console, PC, or the cloud with the links below.