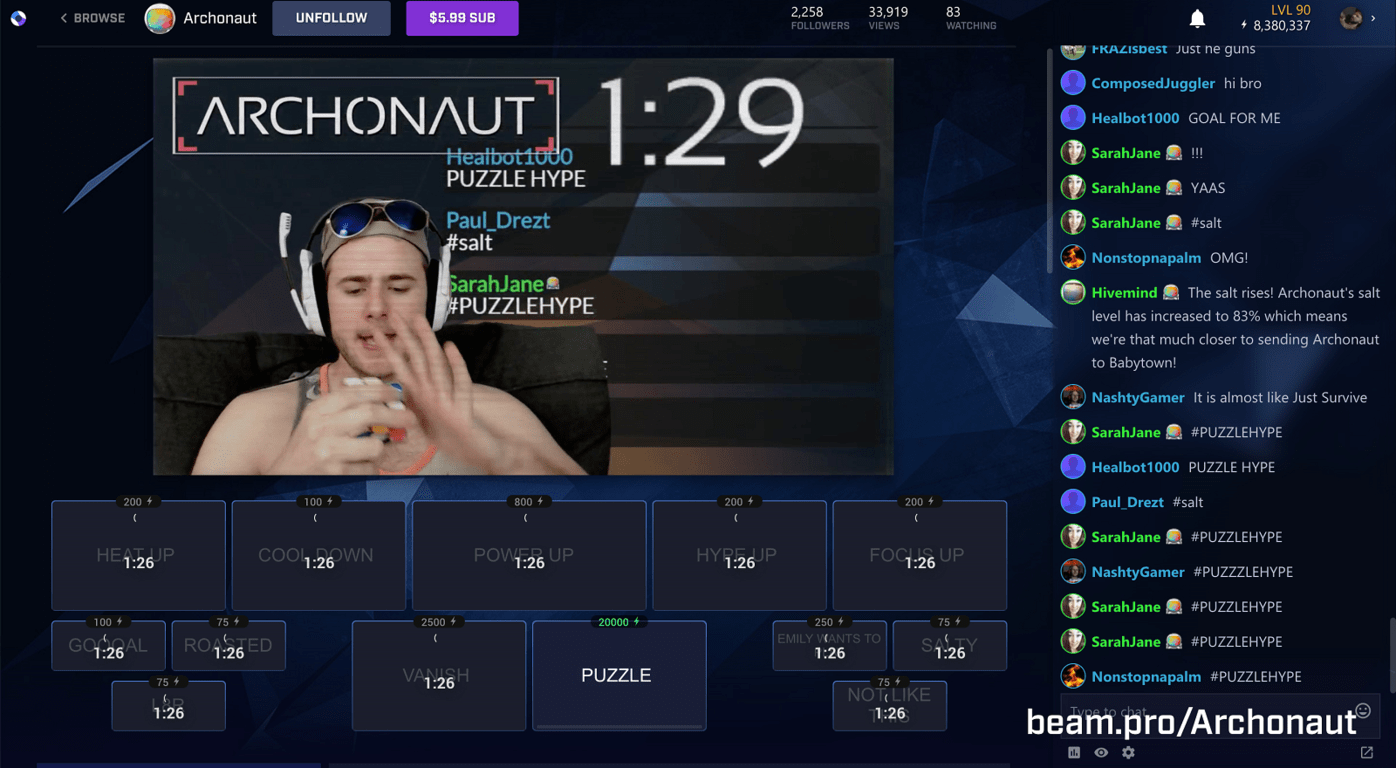 It’s Wednesday and that means the #BeamThemeWeek is halfway through. Today, Beam’s Xbox Wire post talked about the interactivity between streamers and viewers, which at heart is probably the most unique part about Beam.

Like other streaming services, Beam wants streamers to be able to interact with their audience. Unfortunately, some like Twitch have a delay that is enforced to reduce game cheating and advantages. Particularly since Twitch is used for many e-sports event and competitive livestreams. But Beam has attempted instead to completely remove the protective delay, opting for a more user-friendly experience with the FTL sub-second latency. In layman’s terms, viewers are nearly seeing the host’s stream in real time with them.

Not only does that open up easier communication between the two (so that they don’t have to wait fifteen seconds to reply to a question) but it sets the path for further implementations. Xbox Wire explains:

For the viewer, the interactive experience begins with buttons below the stream’s video feed. These experiences are custom-designed by the streamer depending on the needs or wants of the cast. They can range from activating sounds, creating on-screen effects, in-game events, or even control real-life applications for streamers. We’ll dive deeper into this below.

This can also help streamers take advantage of in-game interactions such as Batman – The Telltale Series where the game offered multiplayer votes for main decisions but had a timeout that made Twitch viewer votes nearly impossible.

On top of this information, Xbox Wire announced that the Beam Interactive 2.0 interface is going live tomorrow for all users, letting them customize their viewer experience with easy drag and drop features. Not to mention it can be used during streams without needing to visit the studio and interrupt the session.

All of that being said, we have two more days of #BeamThemeWeek and today’s theme is Onesie Wednesday. Have you checked out the streaming service yet? Let us know what you think about Beam in the comments below.