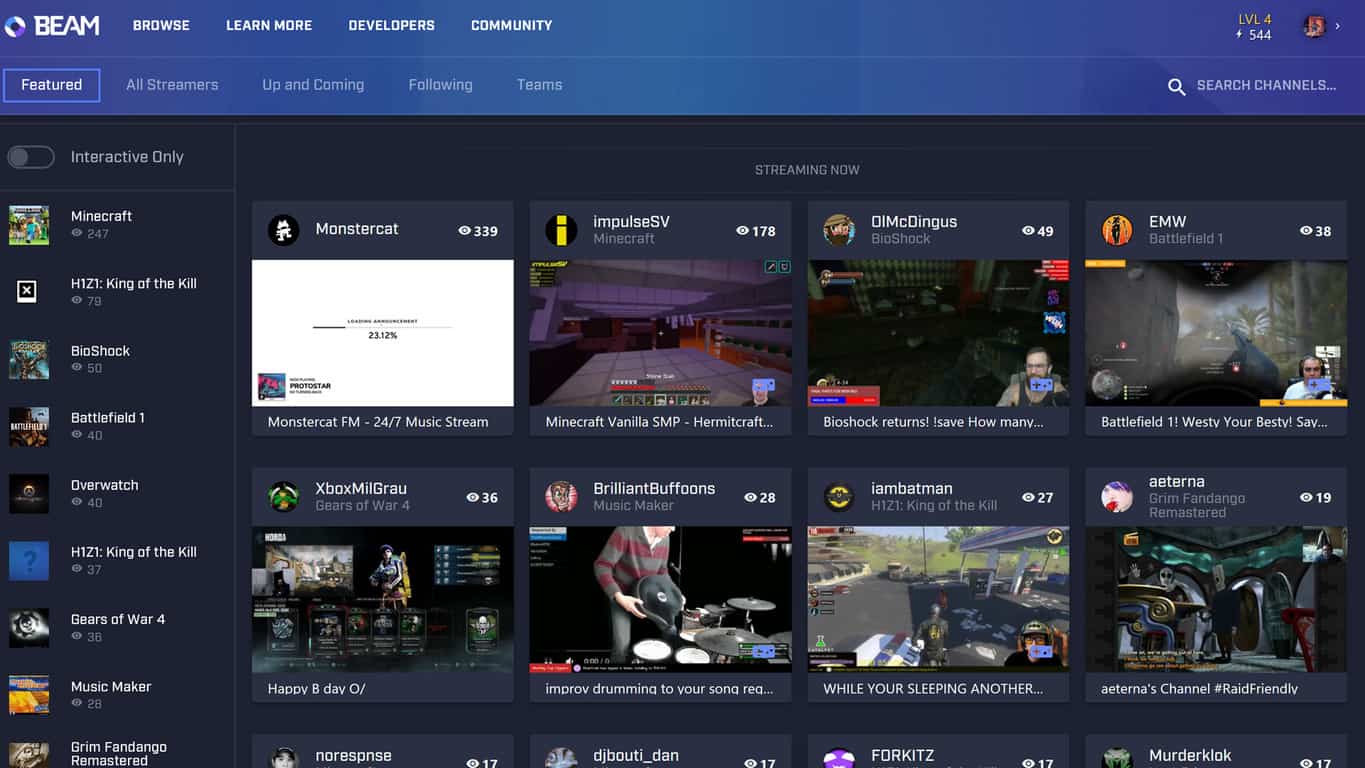 The revamp of the Beam website and video game streaming service is now live. While using the same color scheme as the original layout, the new Beam website features a cleaner, easier to use layout and loads significantly faster than the previous version.

The streaming videos on Beam also load faster now thanks to the implementation of Beam’s new real-time streaming protocol codenamed, FTL (i.e. faster than light). All of the videos now use VP8 encoding which uses less bandwidth and is also entirely in HTML5 (no more Flash).

The revamp of the main Beam website and the rollout of FTL is the first stage of a major push for the video game streaming service which Microsoft purchased last year. In the very near future, Microsoft will begin integrating Beam directly into the Windows 10 operating system with the Creators Update as well as the Xbox One. There are also new Beam apps planned for mobile devices and a variety of new features planned throughout 2017.

Have you had a chance to use Beam yet? Let us know your thoughts in the comments below.