The BBC has created a new BBC Store making it easier for fans of the channel to purchase, watch, and collect TV shows. That's some good news on its own. Of even more interest to Windows fans, however, is the fact that the BBC has is also launching a new Universal Windows 10 BBC Store app.
If you're a fan of BBC programming, then you'll likely be happy with the sudden availability of all kinds of new content (albeit at a price):

For over 30 years selected BBC programmes have been available to buy – first on VHS, then DVD and more recently on digital download platforms.
Now, as more viewing shifts to digital, BBC Store allows audiences to choose from a selection of recently broadcast programmes; television favourites and lost gems from the BBC archive, making it the most comprehensive collection of BBC programmes ever published.
Audiences will be able to watch the programmes they’ve bought from BBC Store on BBC iPlayer as their purchases will appear in the new My Programmes area of BBC iPlayer to play back in full.
They will also be able to access BBC Store directly from BBC iPlayer, to find, buy and watch BBC shows. BBC iPlayer will continue to offer the same range of programmes to watch live, catch up on and download for up to 30 days for free.

Essentially, then, the BBC will be significantly expanding the content that can be accessed digitally, from a relatively limited selection via iPlayer to a much more robust collection that can be purchased, viewed, and downloaded.
The new Universal Windows 10 app is already listed in the Windows 10 Store, but it's not yet available for download.


More than anything, we're excited to see yet another major player supporting the Universal Windows 10 app platform. Shazam did it, MixRadio is planning on doing it, and now the BBC is on-board (after very little past support for Windows phone). Hopefully, this is a harbinger of much improvement to come. 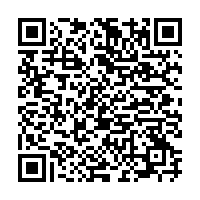