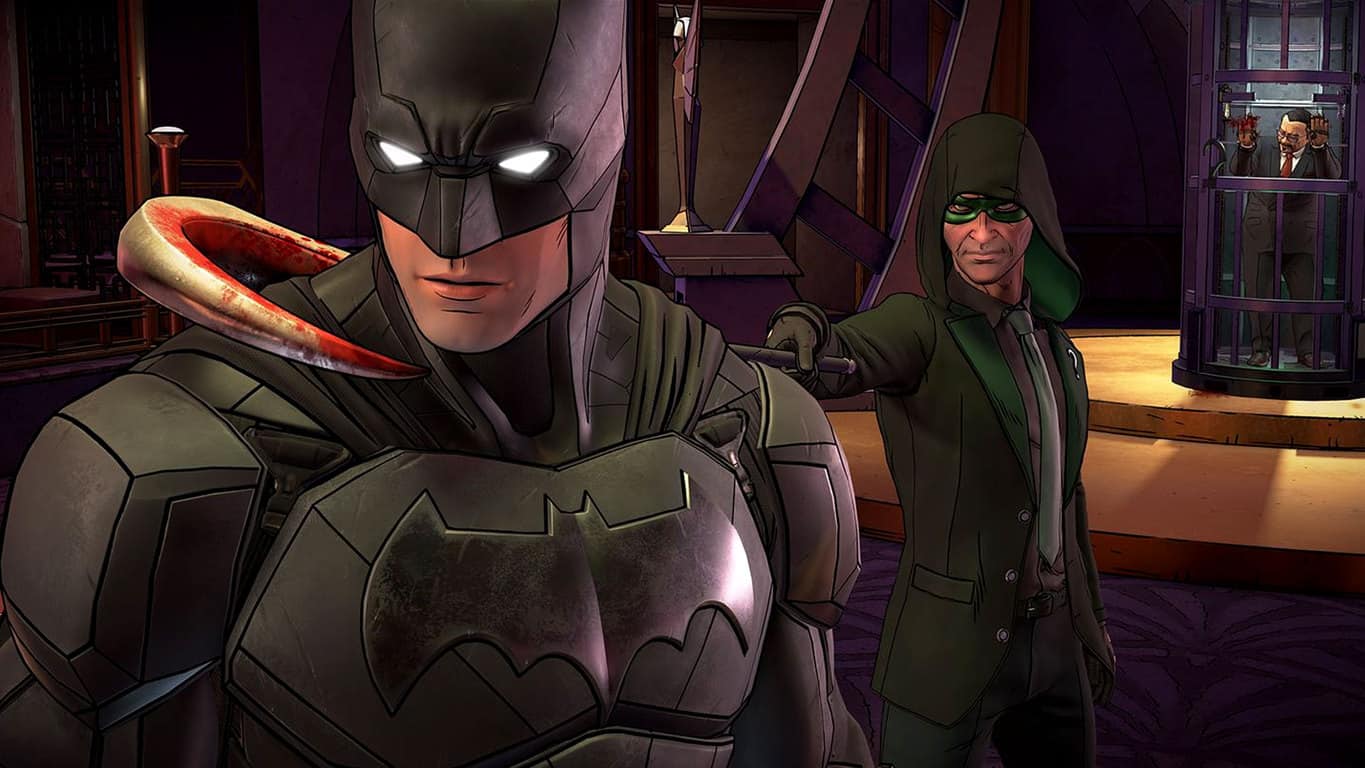 The first chapter of Telltale Games' Batman: The Enemy Within is now available to buy and download on the Xbox One. This latest title is a direct sequel to the original Telltale Games Batman game and will carry over progress from the first title. As with all Telltale Games series, Batman: The Enemy Within will be released in chapters over the coming months with each entry being made available either individually or as part of a season pass. Here's the game description, link, and trailer:

In this latest chapter from the award-winning studio behind Batman - The Telltale Series, both Bruce Wayne and Batman will be forced into precarious new roles. The Riddler has returned to terrorize Gotham City, but his gruesome puzzles merely foreshadow an even greater crisis. With the arrival of a ruthless federal agent and the return of a still nascent Joker, Batman must navigate uneasy alliances while Bruce Wayne undertakes a perilous series of deceptions. Which of Batman’s new allies will you choose to trust? And how deep into the darkness will you let Bruce descend? Download Episode One of Batman: The Enemy Within, a five part episodic game series from the creators of The Walking Dead: A Telltale Games Series, The Wolf Among Us, and Tales from the Borderlands.

Buy Batman: The Enemy Within on Xbox One

Are you exited to play Batman: The Enemy Within on your Xbox One? Will you choose to carry over content from the first game? Let us know in the comments below.

Watch Guardians of the Galaxy Vol. 2 digitally on Windows 10 & Xbox One