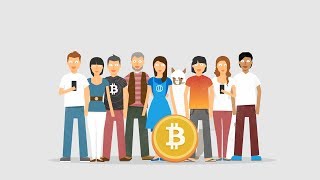 Today, Microsoft announced a collaboration with Bank of America to develop blockchain technologies for their trade finance transacting. The companies are developing a proof of concept using Microsoft's Azure-based Blockchain-as-a-Service. The hope is that this collaboration will create more automate

Blockchain first became a hot topic because it was the underlying technology behind the crypto-currency Bitcoin. Most commonly the technology is described as a shared or distributed ledger. Essentially what this means is that because the ledger is just a shared and open chain of records that no one actor has complete control over. And as the ledger keeps growing it can’t be altered, and conflicting entries or double entries are impossible.

The potential of Blockchain has excited many, and Microsoft has been quick to develop a business around the technology’s potential. Microsoft created an Azure service to host company’s blockchain efforts. In addition to today’s news, Microsoft has previously announced a partnership with ConsenSys to offer Ethereum Blockchains, joined a blockchain policy group, and is a strategic partner of the R3 Consortium.

Homepage for the R3 Consortium

There are a number of hopes for Blockchain that peak the interest of the financial industry. One is that a distributive ledger will reduce errors in entries, either intentional or otherwise. Another is that newer Blockchains like Ethereum can store and execute contracts, offering ways to reduce the number of middlemen in transactions and offer greater chances for automation and efficiency.

But Blockchain is still a very new technology. Bitcoin has had mixed success and a flawed reputation which could damage adoption of its underlying technology, the Blockchain. This is where today’s announcement of a partnership with Bank of America gets interesting.

Rather than just develop Blockchain hosting for other companies, Microsoft is now putting their money where their mouth is. This proof of concept project will first attempt to optimize the standby letter of credit process between Microsoft’s corporate treasury and Bank of America Merrill Lynch. And if successful, the project will “build and test technology, create frameworks, and establish best practices for blockchain-powered exchanges between businesses and their customers and banks.”

If Microsoft and Bank of America Merrill Lynch can make blockchain work for them it will be a significant proof of concept for this technology to be adopted by other corporations and financial institutions. And Microsoft’s Blockchain-as-a-Service business could quickly start growing if the actual efficiencies live up to the hype. It will be interstring to see how this all works out and the finance industry’s responses to Microsoft and Bank of America Merrill Lynch’s demonstrations of their proof of concept.