With all the quarterly earnings reported and accounted for, it appears Microsoft's Azure cloud revenue has once again outperformed AWS and Google Cloud combined.

Despite the simulated perception of Amazon's AWS goliath like stature, Microsoft's Azure cloud has managed to outperform its competitors for another quarter with its fiscal Q3 earnings report of $17.7 billion in commercial-cloud revenue.

As reported by Bob Evans over at Cloud Wars, much of this is due to the relatively small, but growing run rate of Google's Cloud efforts. Amazon's AWS posted $13.5 billion in cloud business revenue for the quarter while Google Cloud managed a modest $4.05 billion which allowed Microsoft's impressive $17.7 billion to edge out a combined $17.55 billion from its competitors for the quarter.

Surprisingly, the news has done little to effect Microsoft's after-earnings-report stock numbers as the company crawls towards a potential $2 trillion evaluation. As reactionary as investors can be sometimes, many may be cautiously looking at the entire field for a change as they measure Microsoft's short and long-term outlooks amid its competitors' abilities to both grow revenue as well as their overall footprint. 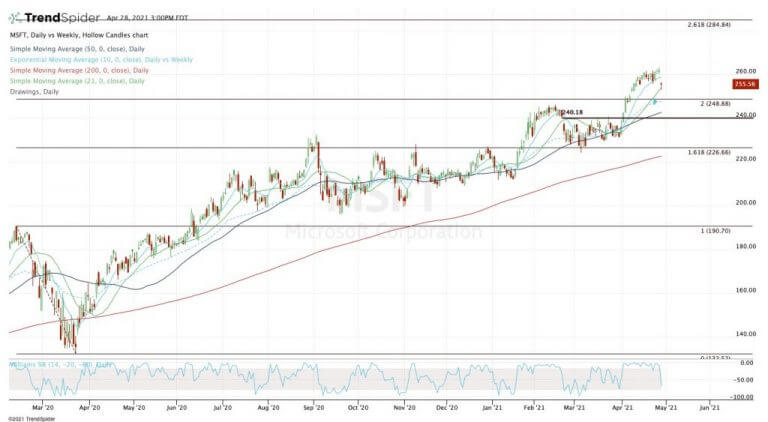 Amazon and Google grew in the quarter while also increasing revenue which is a feat rarely done in the same quarter as investments tend to supersede benefits. As far as Google is concerned, the company managed to edge out Salesforce once again to remain at the third spot in the cloud pantheon with its recent rapid growth.

Both Microsoft and Google's growth come as business customers evolve their cloud service request from the rather ridged IaaS needs that allow Amazon to grow to monster proportions early on. Evans notes that business customers are expanding their needs beyond strict binary understandings of IaaS, PaaS, SaaS solutions.

In the early days, cloud vendors sold services and technologies. But today, customers are demanding solutions that meet their specific needs, and have lost all interest in conversations centered on the 4-letter acronyms some backward-thinking salespeople are still trying to peddle.

Along those same lines, I was always baffled how some analysts and plenty of media people would try to frame what the cloud is or isn’t by relying on some old fuddy-duddy definitions put out in 2011 by the National Institute of Standards and Technology. I have no quarrel with the NIST—fine outfit—but its relevance in shaping how modern businesses select, deploy and advance modern cloud solutions is nonexistent. Yet many “influencers” clung to it, and that type of close-minded and dogmatic thinking is precisely why you’ll still see plenty of people today say, “Amazon is the runaway leader in the cloud, because a lot of the stuff that Microsoft calls “cloud” isn’t really cloud.”

And even the terms and categorization today that I find that define biz apps, I think, we’ll see are quite large and will be addressed not just with our Dynamics product portfolio, but partially with our LinkedIn portfolio, with our Power Platform portfolio, with Microsoft 365 as well as Azure.

Thinking about it holistically is why it’s so important for us and why we keep coming back to the commercial cloud as our frame. It’s how customers see the solution.

As unfortunate as the pandemic has been on a global scale, its presence has helped accelerate what many analysts believe to be a niche market of transition that Microsoft was uniquely position to capitalize on, hybrid cloud solutions. Microsoft maintains arguably one of the best integrated stacks for on-premise cloud solutions while steadily building out its server capacity to scale.

Microsoft is poised to outperform its competitors for bit longer, but it may soon lose the ability to add "combined" in its internal marketing memos.