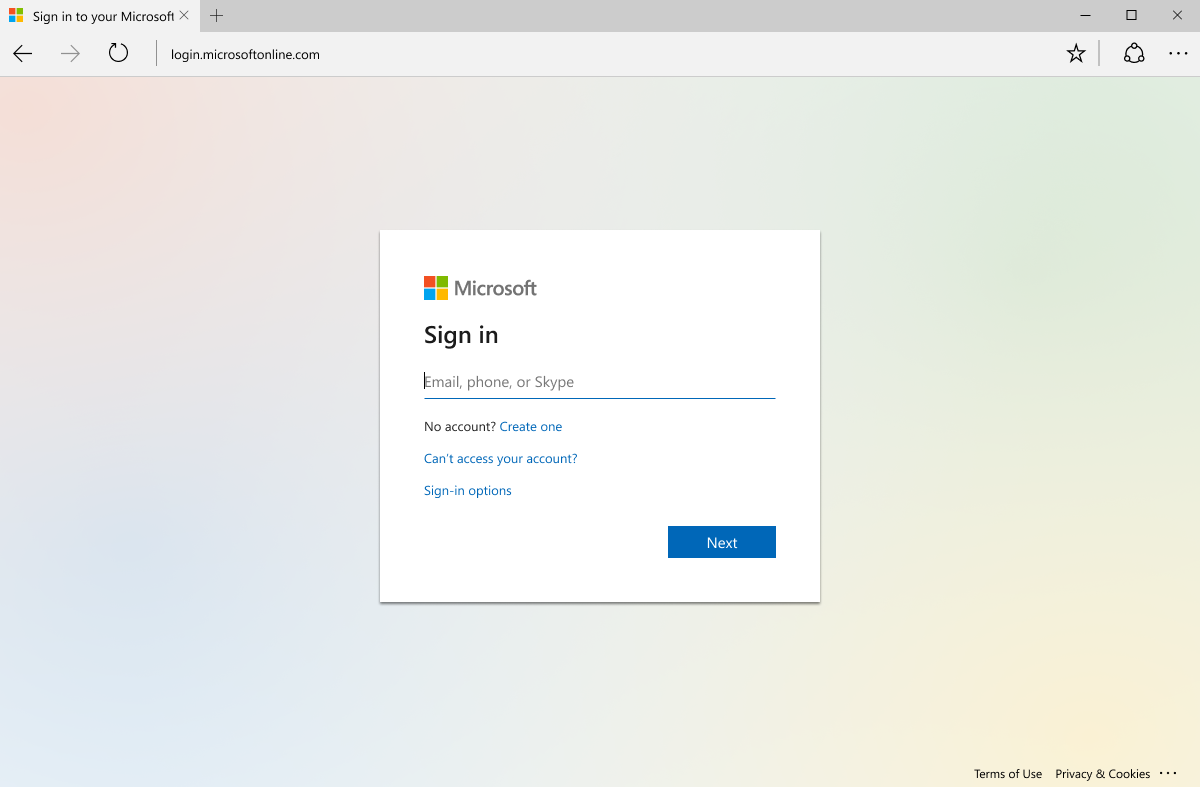 Microsoft announced yesterday some upcoming changes to the Azure AD and Microsoft 365 sign-in experience, with a new background page using a more bandwidth-friendly image. According to Microsoft, the new background image will be "one percent the size of the previous image,” which should hopefully lead to faster loading times on slower networks.

The new background image is a stylized version of the multicolour Microsoft logo, and it's quite a departure from the previous landscape picture. To be clear, this is the picture you'll be seeing when signing into your personal Microsoft account or Office 365 account. However, companies that have set a custom background image in Company Branding won’t be seeing this new default background picture.

Microsoft will start rolling out this change in the first week of April, but the company is already open to feedback and suggestions. If you want to, you're welcome to share your comments with Microsoft on the blog post.