A host of content inspired by the popular Attack on Titan manga and anime series is coming to both the Call of Duty: Warzone and Call of Duty: Vanguard video games this month on January 20th.

The content, which will all be included in a bundle called The Tracer Pack: Attack on Titan: Levi Edition Bundle, includes a new Operator skin, three new weapon blueprints, one charm and sticker, an emblem, and a finishing movie, MVP highlight, and highlight intro.

“Although any Operator can wield these weapons, Sgt. Daniel of the Hellhounds will be fully geared up for battle with the “Survey Corps” Operator Skin included in this Bundle,” a blog post on the official Call of Duty website reads. “Fashioned in the style of Survey Corps gear worn by Captain Levi Ackerman, this new outfit is perfect for leading your squad to victory in Caldera or elsewhere, like the incredibly skilled, yet humble badass Levi is.

“Superfans will also recognize the other elements of this Bundle and what they reference: a “Secret Keeper” key Weapon Charm to unlock the world’s mysteries, the “Wings of Freedom” Emblem worn with pride by Survey Corps members, and, of course, a “One Hot Potato” Sticker, in memoriam of a special person who we all hold very dear to our hearts...”

Call of Duty: Vanguard launched on Windows PC and Microsoft’s Xbox One and Xbox Series X console families in November 2021. It’s the latest main entry in the long-running Call of Duty video game series and the 18th overall.

Call of Duty: Warzone debuted in March 2020 on Windows PC and Xbox One and is a free-to-play battle royale title. The game is playable on the Xbox Series X console with some visual improvements via backwards compatibility with the Xbox One version of the game, however, a dedicated Xbox Series X version of Warzone is planned for release sometime later this year. 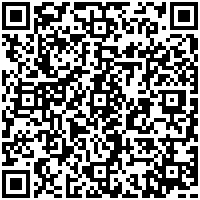